Let's have A Parade

A 20th Anniversary deserves a special celebration. And that’s exactly what occurred on opening day of Road to California 2015. 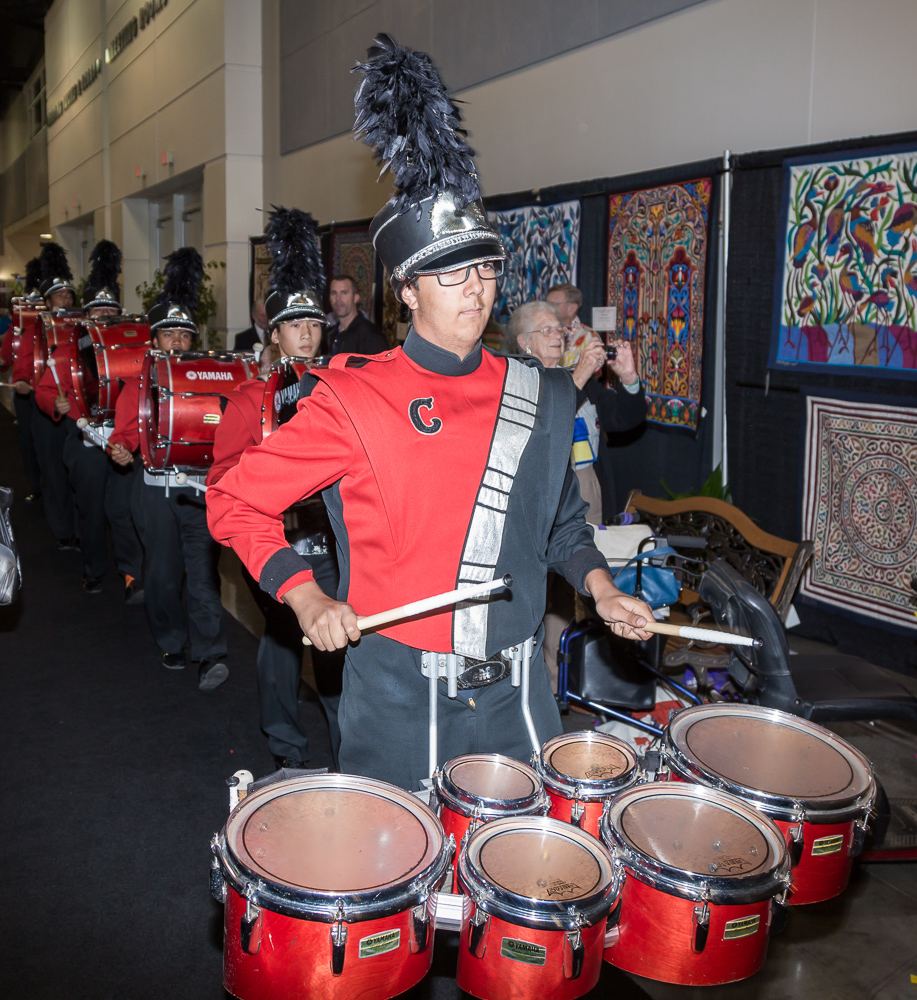 At precisely 12:00 noon, the Colony High School Drumline (the official band of Road to California) led a parade through the Ontario Convention Exhibit Hall that included Road’s Founder, Carolyn Reese; Matt Reese, Road’s Manager; the Mayor of Ontario, Paul Leon; and representatives from San Bernardino County Supervisor Curt Hagman; Assemblyman Freddie Rodriguez; and Senator Connie Leyva.  Also marching in the parade were John Flynn and Anita Shackelford, two of the first judges for Road; the five vendors who have been with Road for the past 20 years, and Fairy Earnest, who has had a quilt entered each of the 20 years.

The parade ended in the front of the hall where a podium was set up and a short program took place. Each of the dignitaries presented Carolyn and Road to California a certificate of recognition. 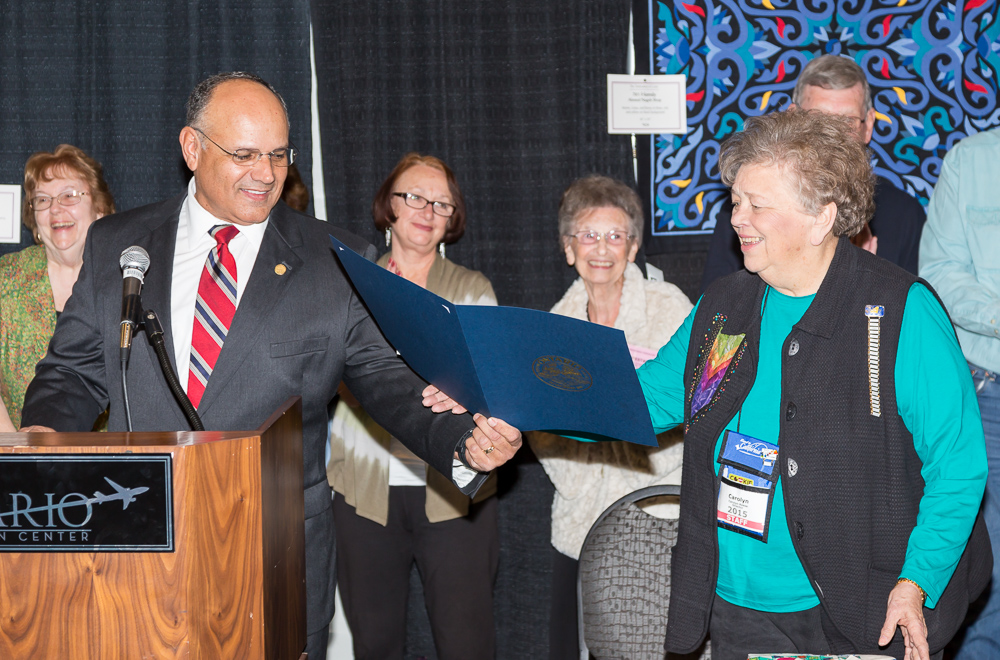 After, Carolyn and Matt gave each of the 20 year participants, yellow roses in recognition of their long and committed involvement with the show. 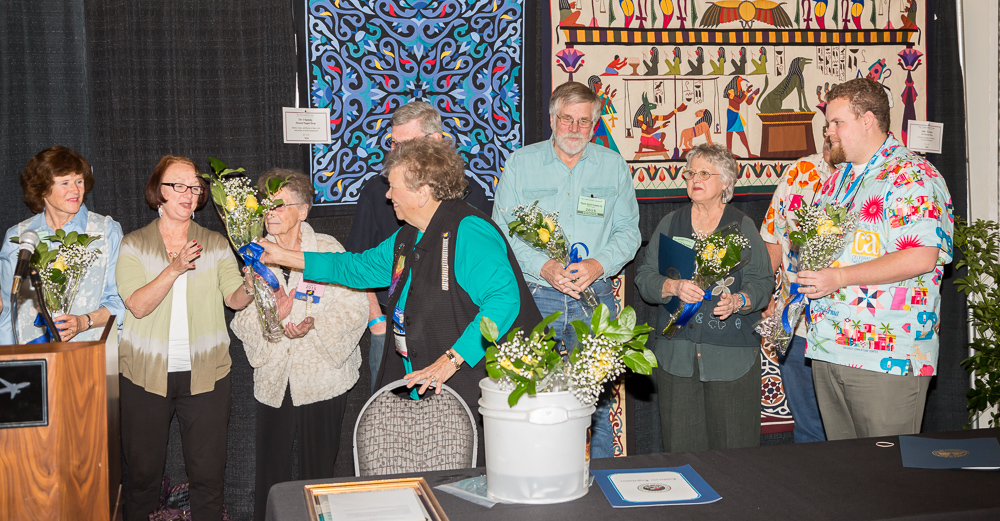 The celebration concluded with confetti being shot in the air. A festive ending to a festive occasion. 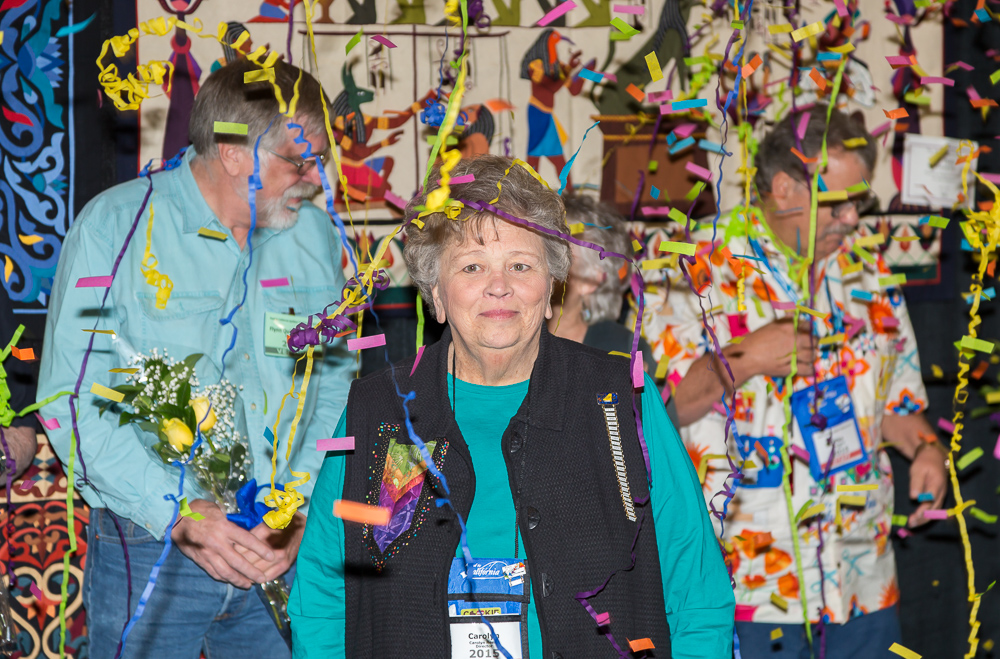 After the special celebration, Carolyn remarked, “I have been blessed to be able to work in a great industry since 1981. Thanks to all the suppliers, the sales reps, employees, and customers who worked with mother and I in The Fabric Patch days.  Road to California is another blessing. Special thanks to my family, friends, and employees for all your hard work. You, the customer, also deserves A BIG THANK YOU for without you, none of this would have happened. The quilting world is a great community!!!!” 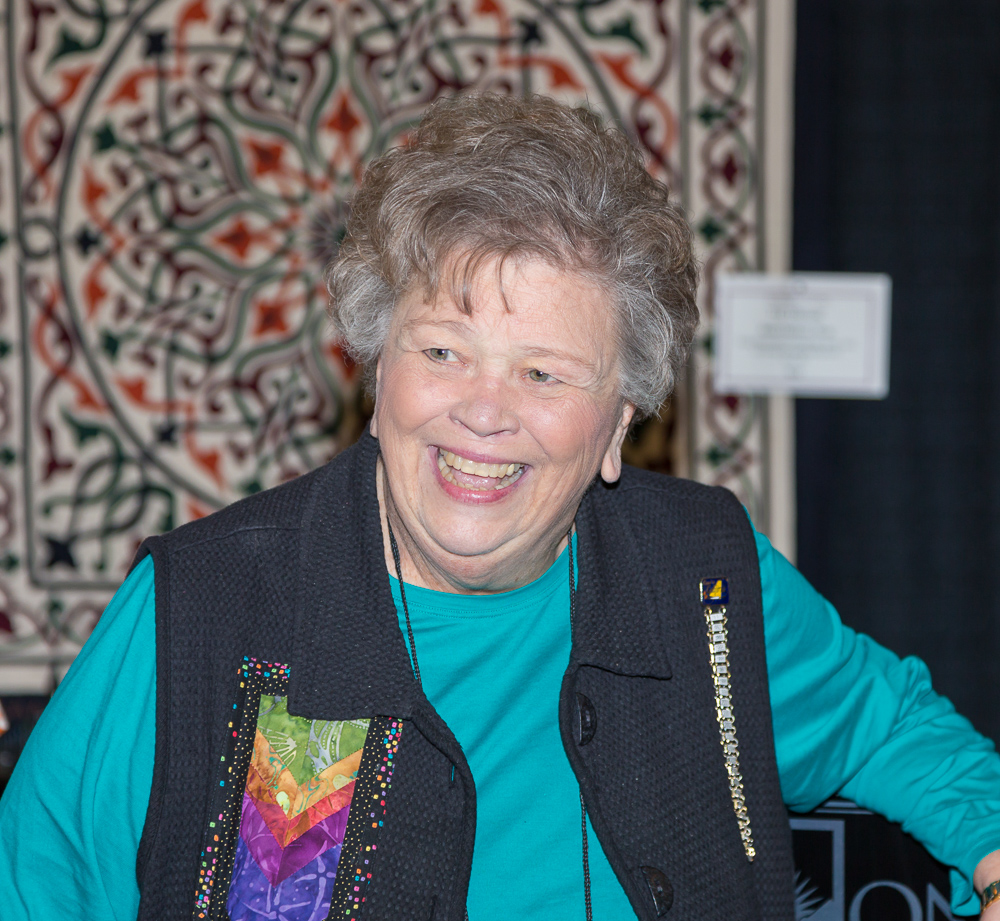 What a terrific way to start out the 2015 20th Anniversary Show.