around the world? Birgit, Heike and Ute are from West Germany.  These friends have been quilters for over 20 years and belong to the same quilt group. [caption id="attachment_4763" align="aligncenter" width="402"] 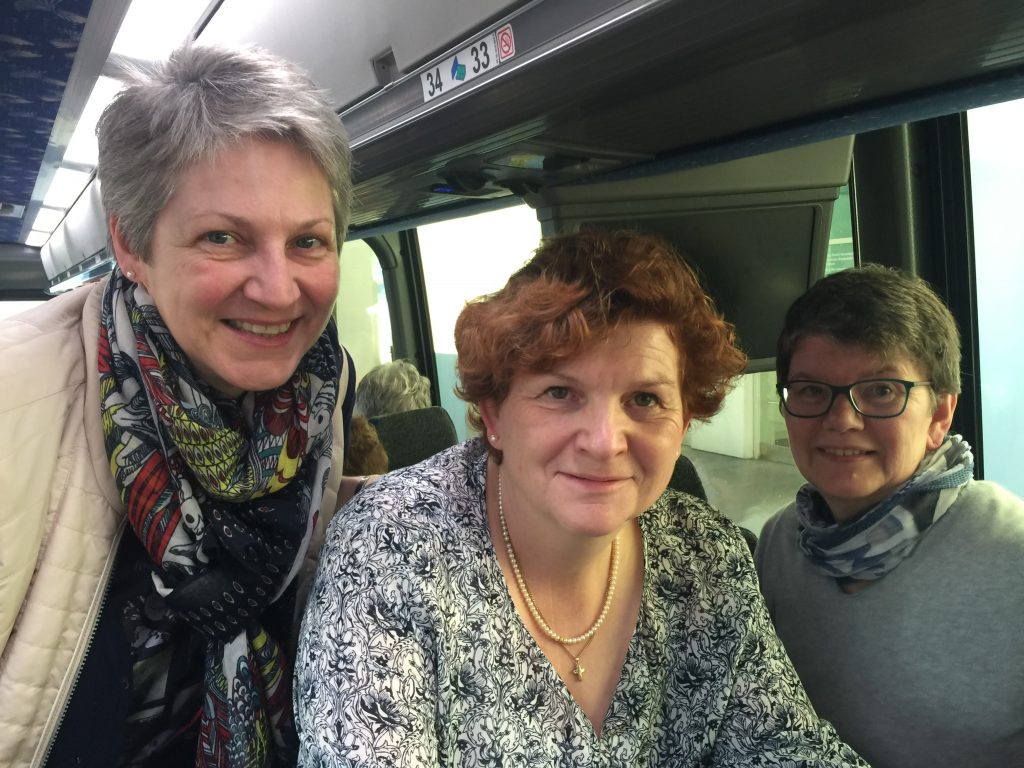 Birgit, Heike and Ute from Germany[/caption] They planned for two years to come for their first visit to Road. Ute owns a quilt shop in North Germany near Hamburg and was on the lookout for some quilting adventure ideas. It was actually Heike who had heard about Road to California and suggested it to the others. They made the most of every opportunity at the show, including taking one of the bus excursions offered by Road. They were excited to see the stops in Southern California as well as visit the quilt shops along the tour. Road 2017 was also the first visit for these friends from Mexico City. [caption id="attachment_4765" align="aligncenter" width="510"] 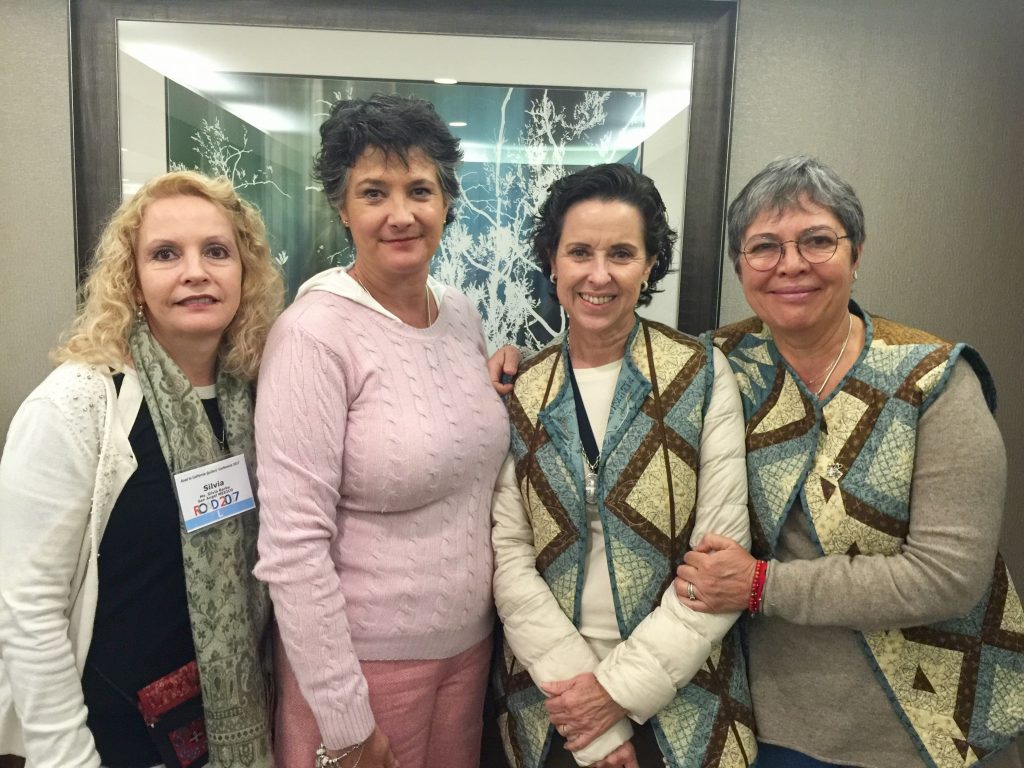 Silvia, Lourdes, Monica and Maria from Mexico.[/caption] Silvia organized the group’s visit which included all of them taking several classes. She owns a quilting studio (“The best in Mexico!!” declared Lourdes) as well as organizes Mexico’s Quilt Festival every September in Mexico City. Silvia has attended other shows in the United States and had been trying for years to come to Road. They are all long-time quilters who were anxious to learn new techniques in their classes, find new gadgets, meet new people, and “have fun.” Silvia remarked, “The people who come are the best part of the show. Quilters are nice people.” In addition to participating in all of the Road activities, the ladies also visited iconic downtown Los Angeles landmarks like the Museum of Modern Art and the Catholic Cathedral. They all hoped that this would be the first of many trips to Road to California. These three friends traveled from a rural area east of Calgary, Canada to attend Road 2017. [caption id="attachment_4764" align="aligncenter" width="625"] 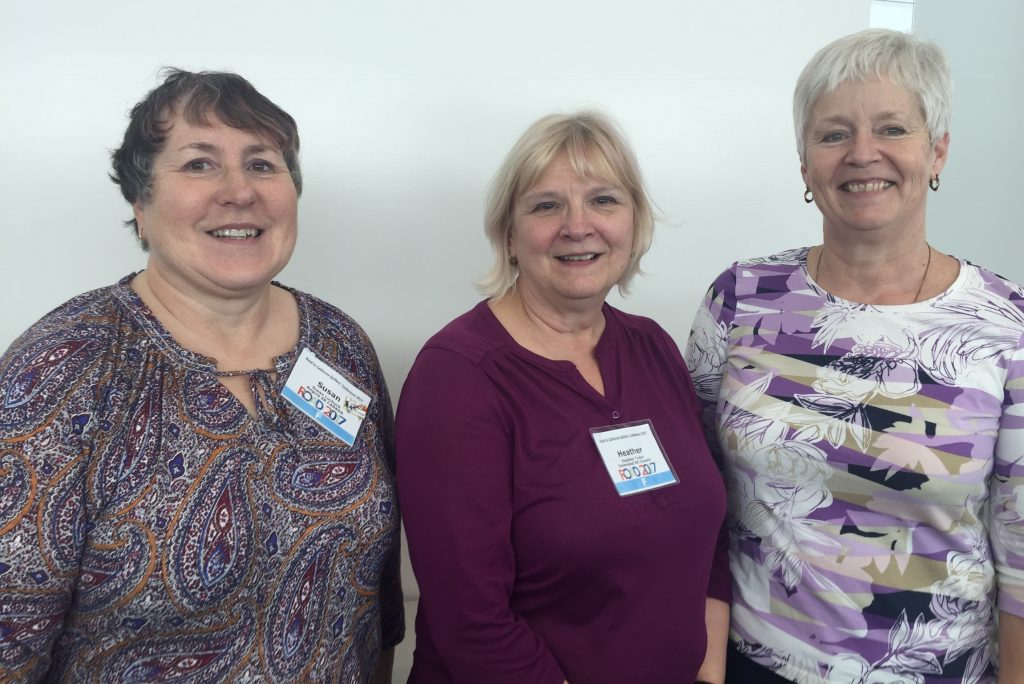 Sue, Heather, and Karen from Canada[/caption] Heather was the ringleader for this trip. She learned about Road to California on Facebook. The timing was good to come this year and it didn’t hurt that they would be “getting out of the snow.” They were in Southern California for nine nights, planning their trip well in advance of when registration for Road opened last July. Heather created a spreadsheet of all they wanted to accomplish while they were here!!  Each of the women took classes (7 in all) to further their education “past piecing.” They were also interested in taking longarm classes as both Heather and Karen own longarm machines. They were also sure to include Party Time in their schedule plus time to visit all the vendors because they don’t have much in quilting fabrics and supplies near their home. They were all “thrilled” to attend and said they are definitely coming back!!! How far did you travel to come to Road 2017?]]>