Veterans Are A Welcome Sight At Road 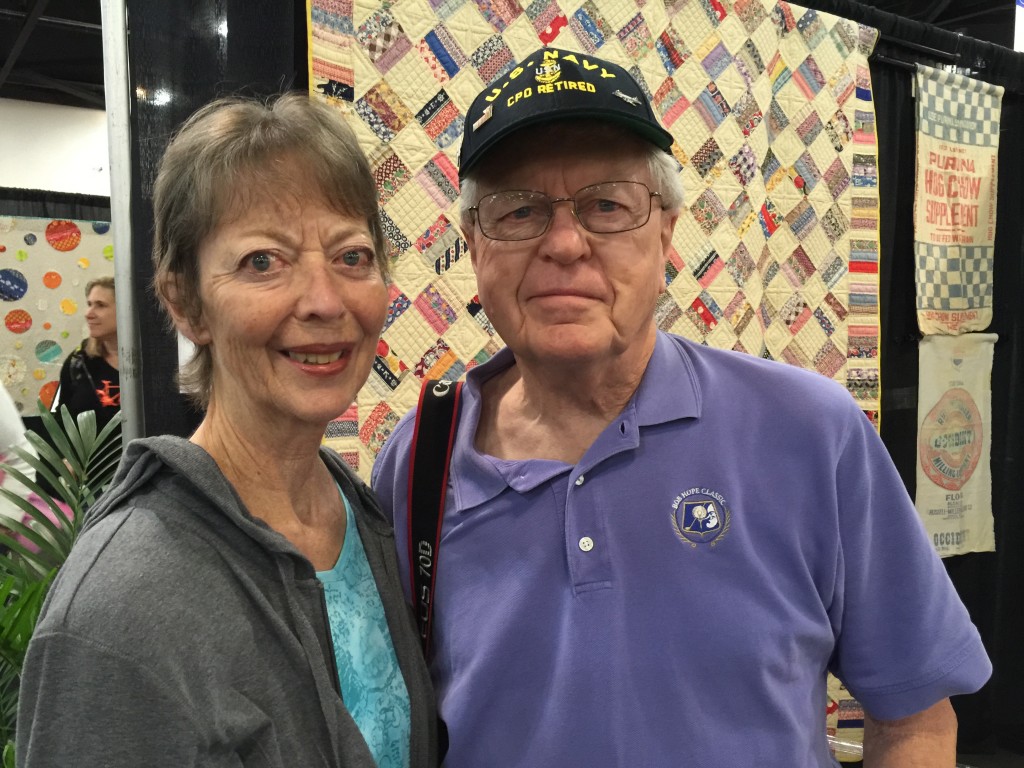 Lee and Ginger Ashworth are from Beaverton, Oregon. Road 2016 was the 7th year in a row that they have visited Road. It is their tradition to come to the show. They like to see the “variety of quilts” and “talk to all the people.” Because they travel somewhere on Route 66 each year, they really enjoyed the Route 66 Special Exhibit in 2013. Ginger has been quilting for 25 years and Lee is a retired corporal in the US Navy. 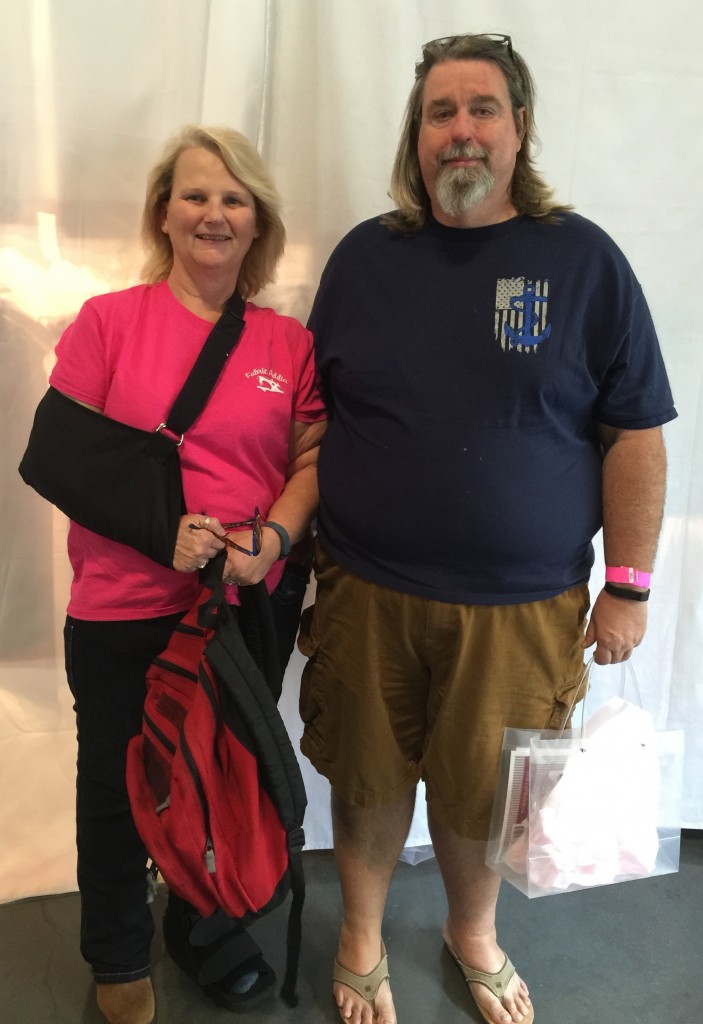 Jim and Cathie are from Ridgecrest, California. Jim also served in the Navy. He served for 22 years. Cathie has been coming to Road for the past 5 years with her guild, the High Desert Quilt Guild. One year, Cathie was in a wheelchair and couldn’t take the guild bus so Jim drove her to the show. He has been back to the show ever since.  This year, Cathie got the dates of the show mixed up and they accidentally came the weekend before!!! They decided to stay in Ontario for the weekend before heading home. Even with a rotator cuff issue and her right hip and left leg injured, Cathie and Jim returned the 128 miles one way trip so they wouldn’t miss the show. Jim says, “I like to support the quilter.” We are glad he does!!]]>