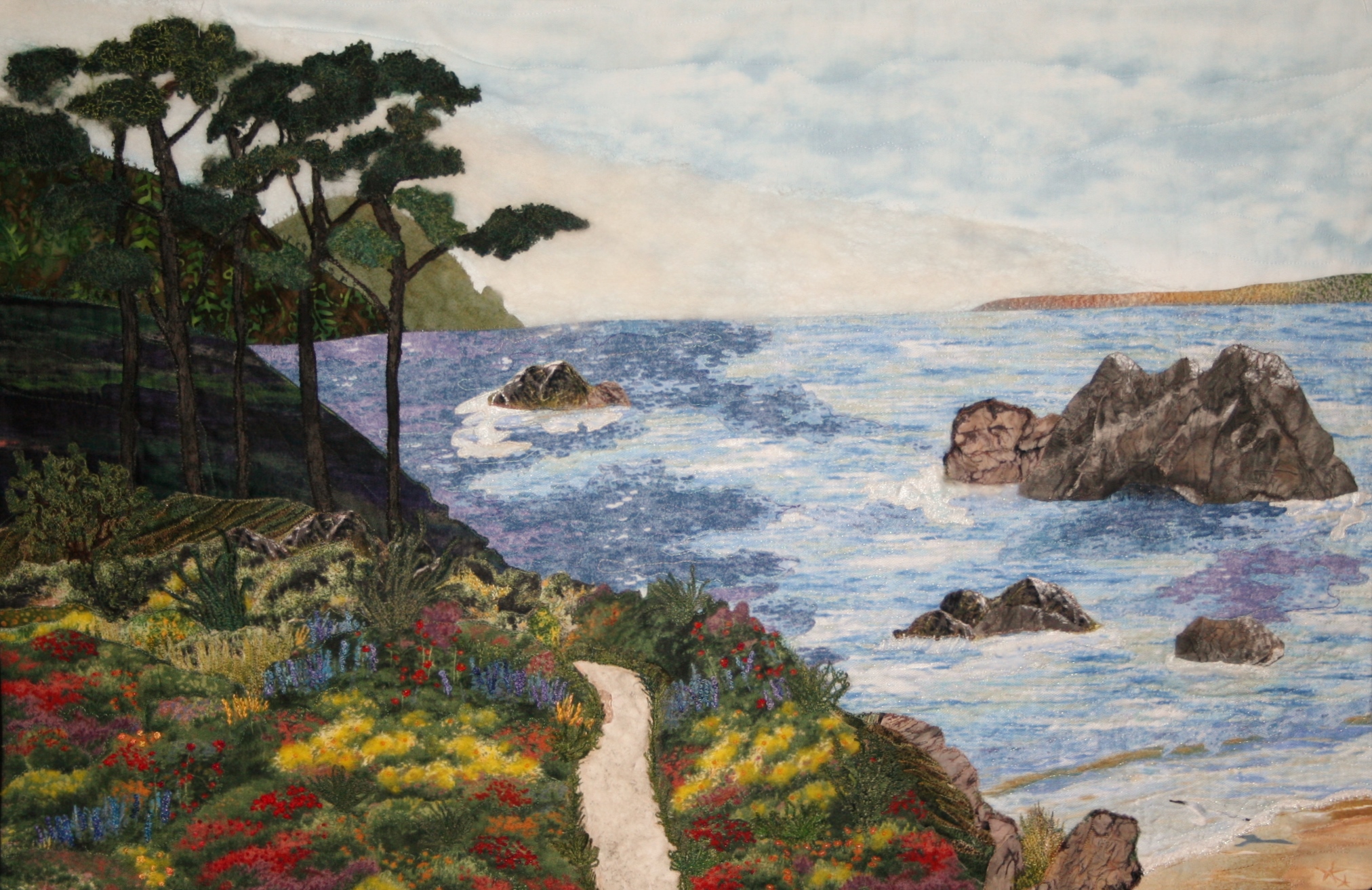 The exhibit featured 57 quilts made by members of the Quliters’ Sew-ciety of Redding, Inc. One quilt was a replica of the official California State Parks’ 150th anniversary poster and the other 56 quilts in the exhibit depicted 56 different state parks. 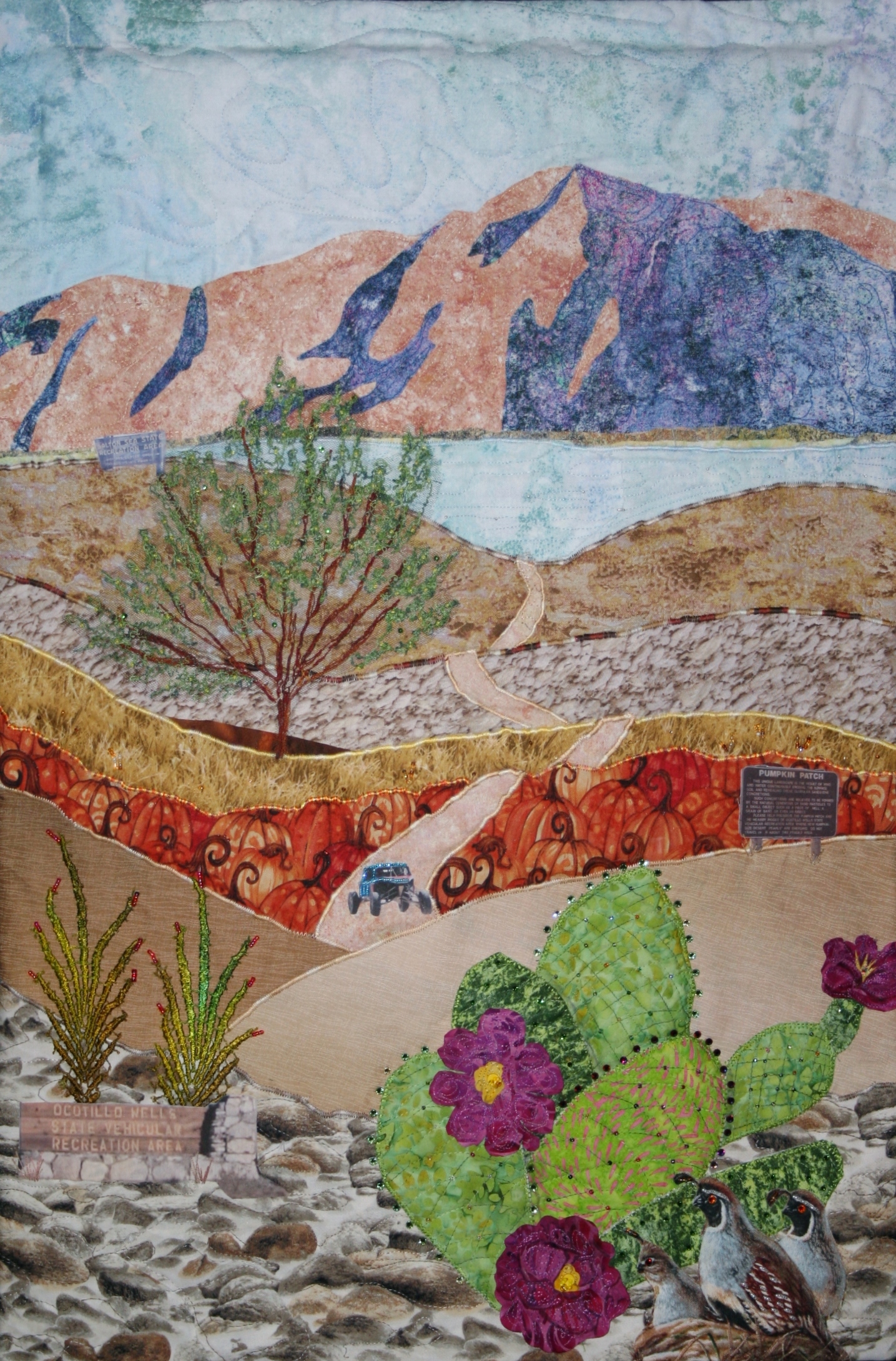 In addition to making their quilt, each quilter also submitted a written narrative describing the park they chose, what inspired them to make the quilt, and a description detailing the techniques they used to make the quilt. 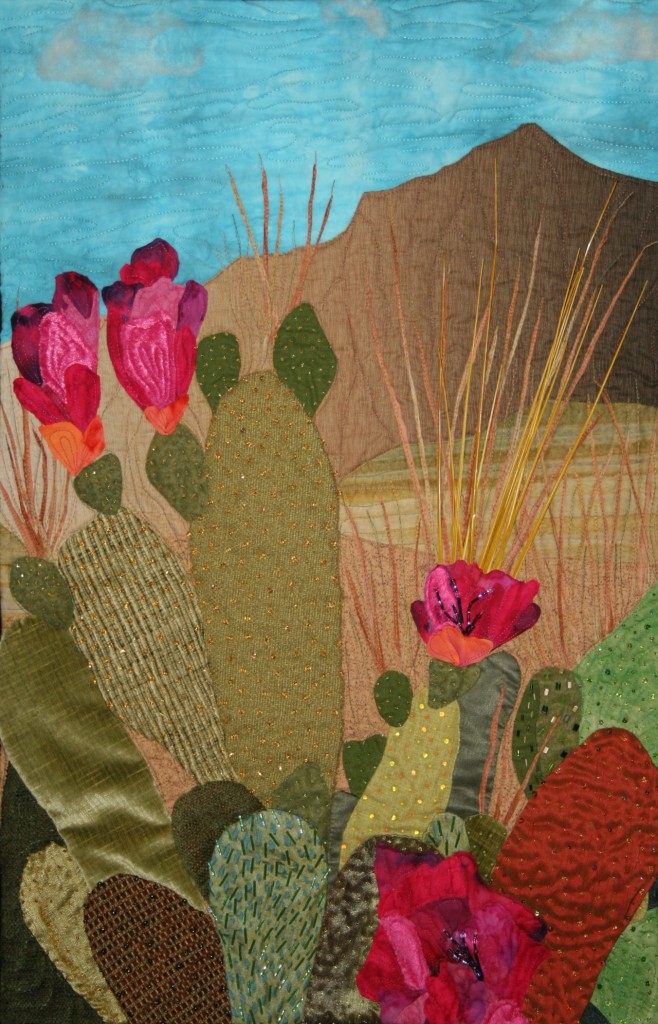 All quilts had to be 20” x 30” with a 3” sleeve, and could be vertical or horizontal.   Quilters chose their state parks on a first come/first choice basis from the 279 various state park units in California. The quilters were given 7 months to complete their project. 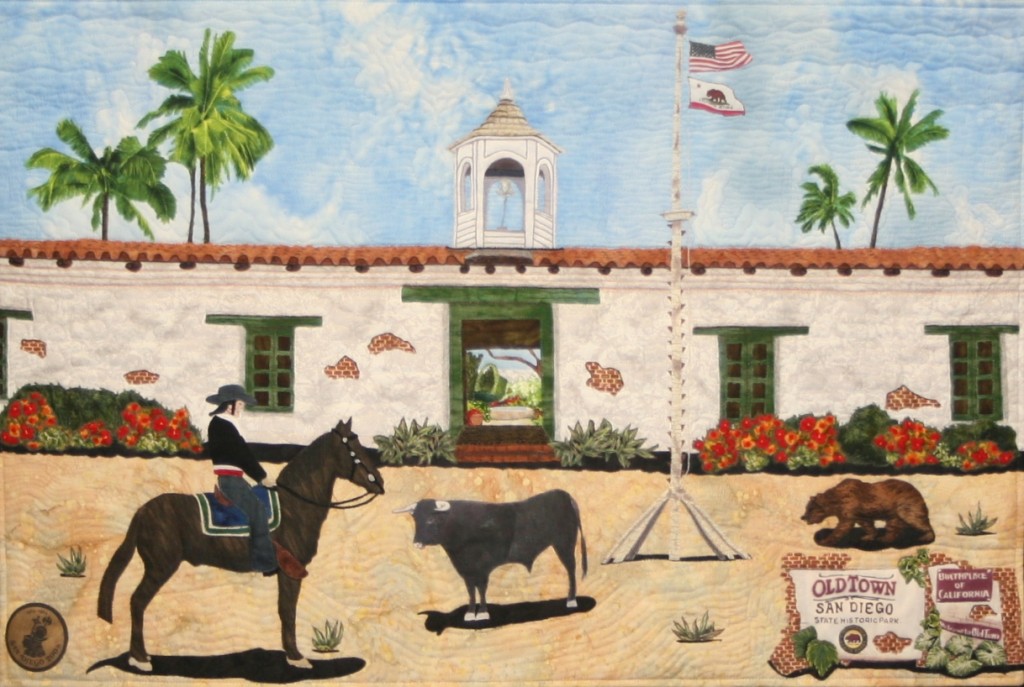 Regarding the exhibit, curator Chris Hartman commented, “This was really an inspirational quilt challenge that seems to appeal to viewers of all ages and genders.  It was fun to organize and participate in.   We thank the CA State Parks 150th Anniversary Committee and the staff members of many of the state parks for their enthusiasm and support for this project.” 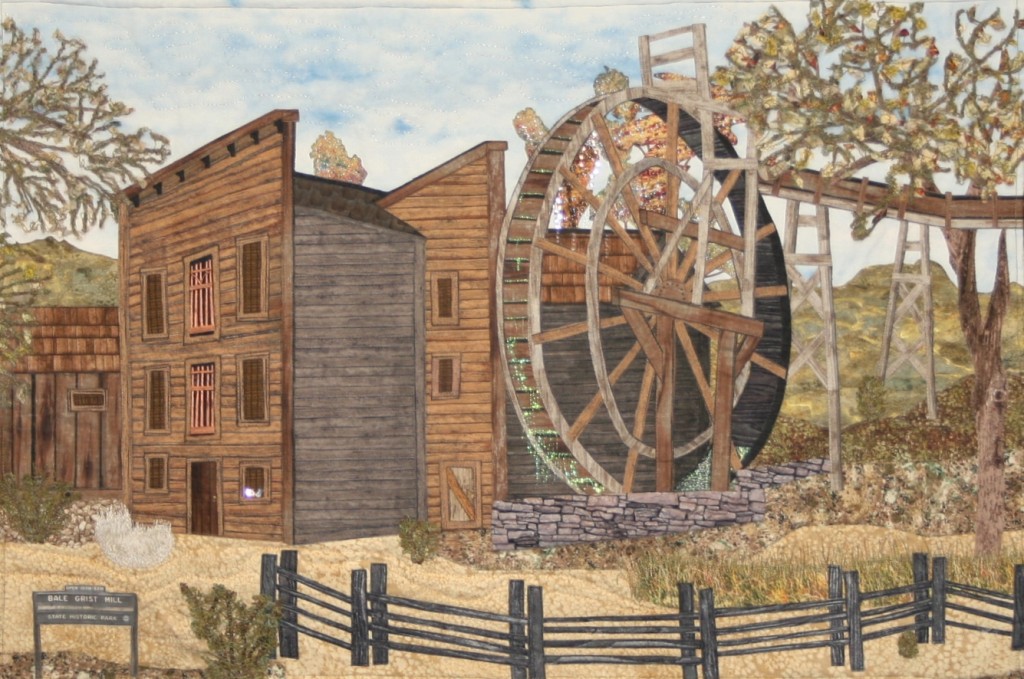 The exhibit is currently on a two-year tour to various states and national quilt shows. It will also be exhibited at various Northern California State Parks such as Ide Adobe State Historic Park during Ide Adobe Days, Bidwell Mansion, and at the Stanford Mansion at the Leland Stanford State Historic Park in downtown Sacramento during the month of September.

This entry was posted on Tuesday, February 17th, 2015 at 10:25 pm and is filed under Road 2015- 20th Anniversary Show. You can follow any responses to this entry through the RSS 2.0 feed. You can leave a response, or trackback from your own site.