Did you happen to notice the very pink vendor booth at Road 2015?

Shabby Fabrics is all about family and fabric. An online, 8,500 square foot warehouse that carries hundreds of “the most beautiful fabrics on earth under one roof,” Shabby Fabrics is based in Coeur d Alene, Idaho. The Shabby Fabrics family includes owner Jennifer Bosworth, her husband Dave and their two children, twenty “amazing” full time employees, and three “loveable” dogs. 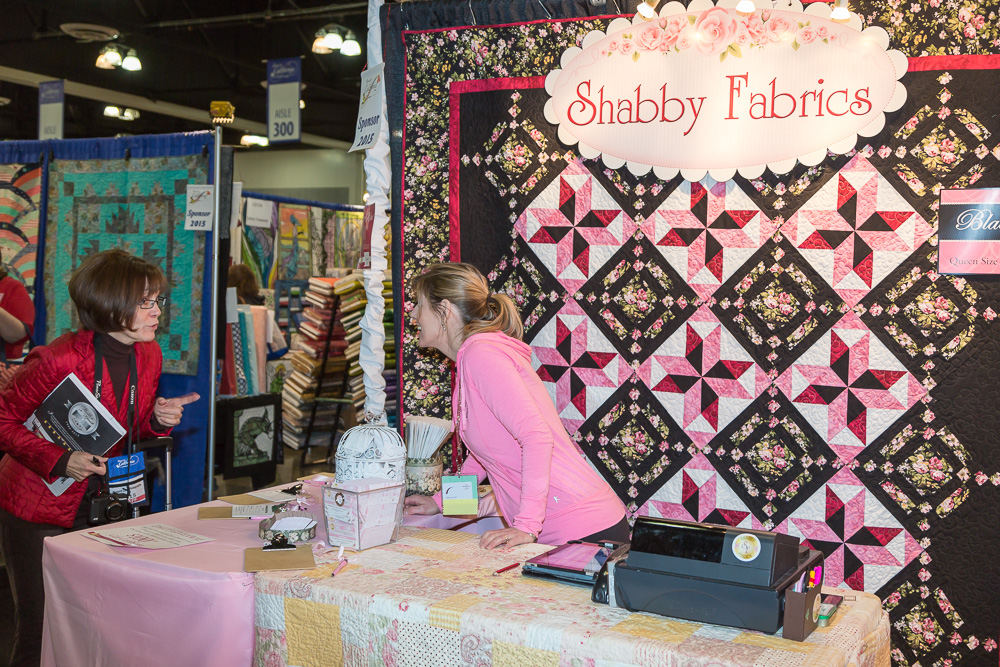 Jennifer credits the beginning of Shabby Fabrics as “a result of God’s work.”   Prior to September 11, 2001, both Jennifer and Dave were employed as commercial pilots for United Airlines. Following the events of 9/11, many of the major airlines began to furlough airline personnel – including the Bosworths — because people were reluctant to fly and the economy had taken a major downturn.  Jennifer explained that a furlough is a temporary lay-off of unknown duration. During a furlough, employees are not paid and they lose their medical insurance. The Bosworths couldn’t just switch to another airline because they were furloughing pilots too. Their situation became very serious as they had no other source of income.

Jennifer prayed for guidance and God said “Do what you know and do what you love.”  Growing up, she always loved to create and craft. In her early twenties, she supplemented her family’s income by selling her handmade crafts at holiday bazaars and other craft shows. So Jennifer decided to go back to what she knew and loved.  Jennifer called her mother and asked for a $10,000 loan to start a new business and buy her first round of inventory. Shabby Fabrics began as an Ebay company in the basement of the Bosworth home in Spokane, Washington. When the business grew from the basement to include the living room, kitchen, and a specially built backyard building, it was time for Shabby Fabrics to move into first a commercial building in Spokane, and later to their current location in Idaho.

Why is Shabby Fabrics an online-only business? Says Jennifer, “We chose to be online only because we launched the company during one of the worst US economic downturns. We knew we needed a global customer base to balance the effects of a bad US economy or else we wouldn’t survive as a company.” 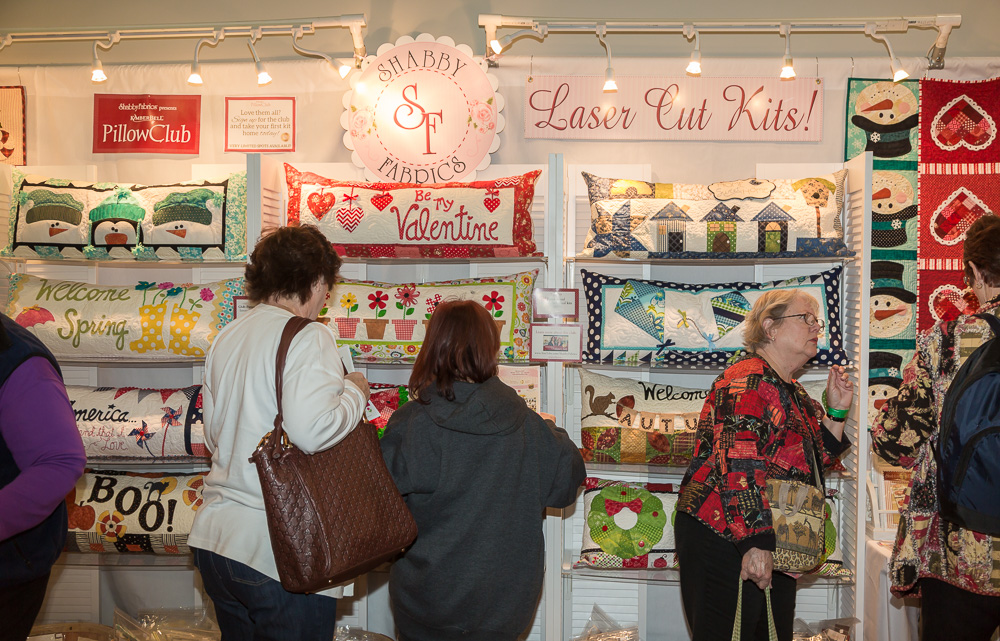 Besides fabrics, the most popular item Shabby Fabrics sells are their pre-fused/laser-cut shapes and kits which are “quick, fun and easy.”

Road to California is the only show Shabby Fabrics leaves Idaho for. They have been coming since 2012 and appreciate the opportunity to meet their customers face to face. They also enjoy the beautiful, sunny weather (there’s rarely sun in Coeur d Alene) and getting an In-N-Out Burger!!

And about that pink…. Says Jennifer, “I just love pink. It’s a girly color and I think there’s at least a little “girly girl” in all of us! I love pink, glitter, rhinestones and ruffles.  But I can also throw a football and fly a Boeing 767. Go figure!” 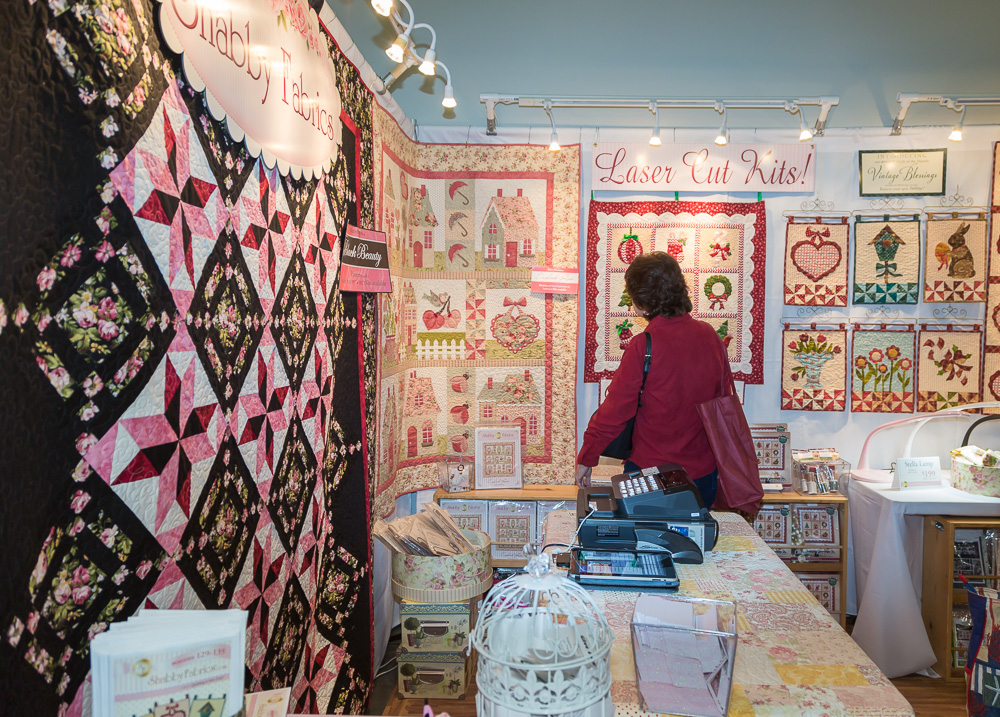 Ties That Bind Through Quilting

Six women, ranging in age from 49-82 years of age, credit quilting for the foundation of their friendship, the purpose of their charitable work, and the source of their inspiration. 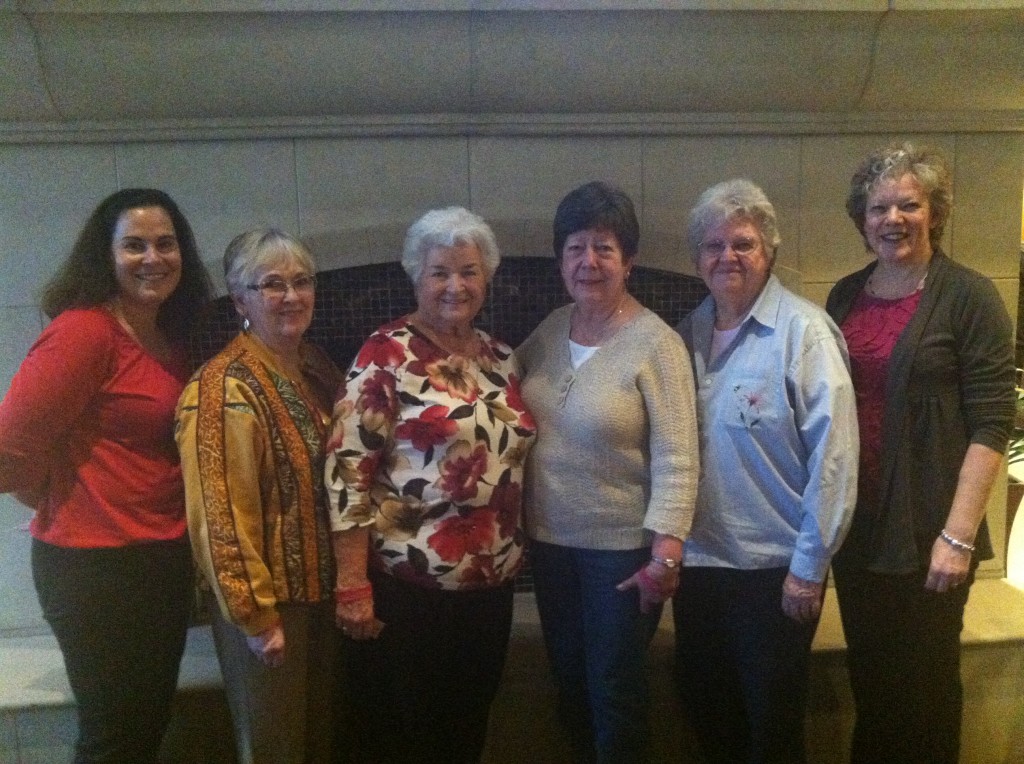 Originally from the small northern Idaho town of Sandpoint, these women were brought together seven years ago through a local quilt guild, Pan Handle Piece Makers. Each woman joined the guild as a way to get out of their home, reach out to the community and make friends with someone who shared their same interest. How has quilting made the difference for them and their friendship? Gina, the youngest of the group, said, “I like being with different ages. I learn from the older women’s wisdom.” When two of their members became widowed, the group was a great comfort and support. And they all get excited whenever one of their group has a quilt recognized in a show.

After their local quilt shop closed down, they decided to start (along with their guild), a Quilting 101 class for beginners. Once a year, they meet in a church for a day-long session. There is no charge. In addition to the lesson, they serve lunch to the 12-18 students who attend. It has become so popular, that this year there is a waiting list for their class. They also help out in the community by providing quilts to men’s shelters, ambulances, and foster children as well as through their “Bosom Buddies” program, where each breast cancer patient in Sandpoint gets one of their quilts. They provide prizes for 4H groups and this year they are instituting a scholarship program for graduating high school students. These are busy women!!!!

Through the years, their quilting has led to other shared interests. They all are women of faith and attend a Bible study group as well as travel. Now living in different towns in Idaho and California, Road to California seemed the perfect destination for a reunion. They were all familiar with the quilt show. Joann had previously won an award in 2007 for a quilt she had made with her husband. This year, Gina had two quilts entered in the show and made all the arrangements for everyone to attend. She even made matching shopping bags for everyone!! 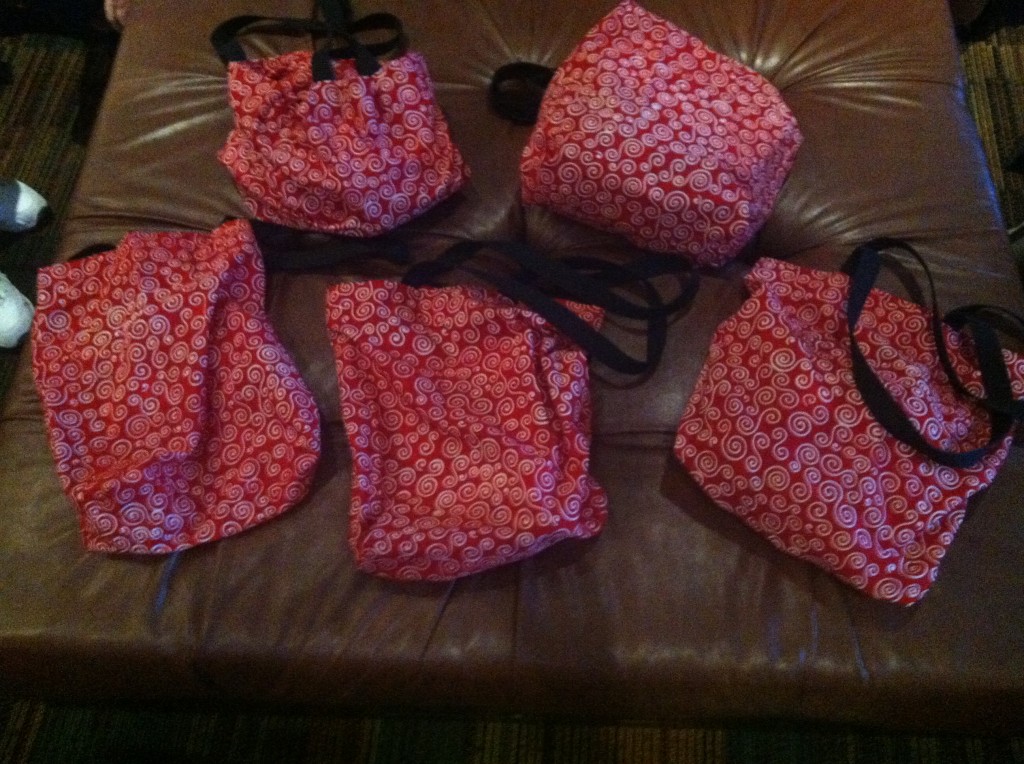 What did they do at Road? Well, they “spent a lot of money,” “took a class together,” and ” bonded.”

Wherever they go, these women have come to know that quilting has a way of opening doors and bringing people together. After all, it happened to them!!!