Giving Back With Love And Stitches

<![CDATA[On Saturday, January 21<sup>st, more than 40 quilt enthusiasts gathered at the Ontario Convention Center for the first ever, Roadies Give Back, a quilt-a-thon benefitting cancer patients at the Robert and Beverly Lewis Cancer Care Center at Pomona Valley Hospital in Pomona, California. 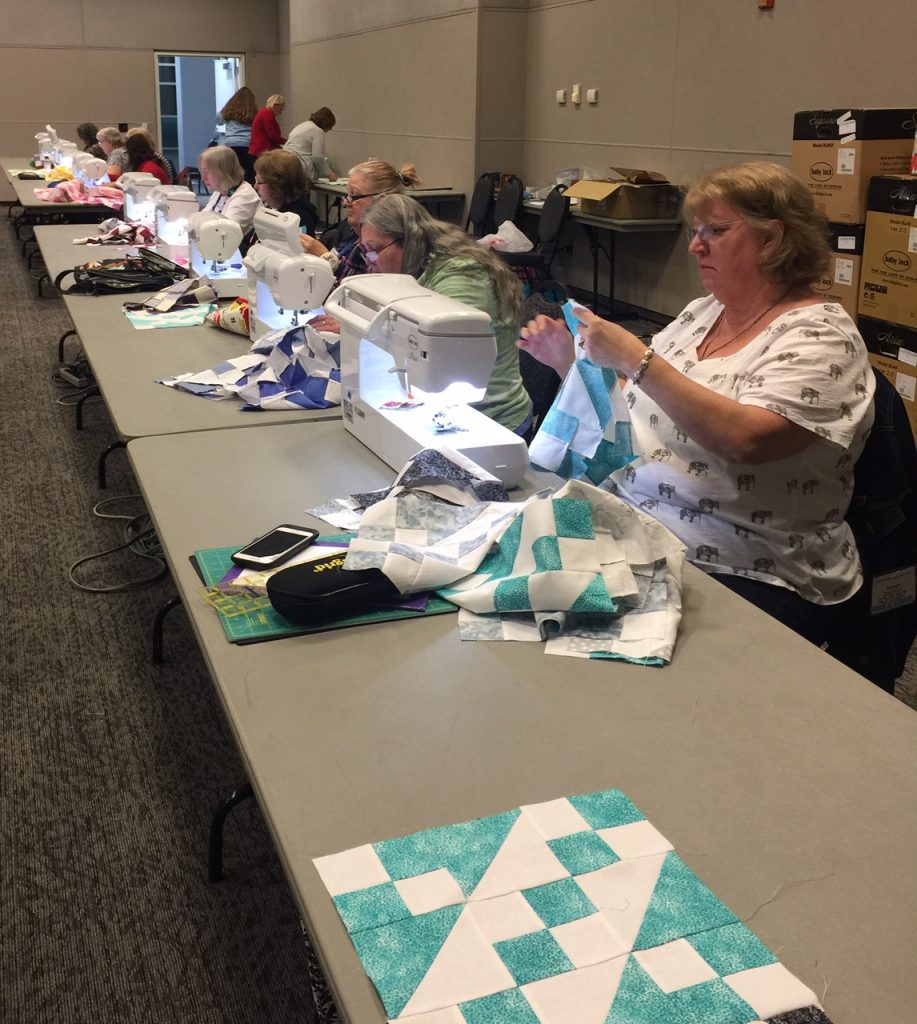 The event was planned by Road to California Director, Matt Reese, as a way for show attendees to get involved in the local community. In the past, Road offered speakers on Saturday night but in recent years, the attendance had been waning. Matt had hoped that by offering Roadies Give Back, that it would draw in lots of quilters who wanted to be a part of a worthwhile activity. And it did!! A “whole lot of planning” went in to Roadies Give Back. Last October, a request went out for blocks that would be made into the quilts for the event. Road 2017 teacher, award winning quilter and author, Anita Grossman Solomon, designed the pattern for the blocks—her variation of Jacob’s Ladder. By the time of the event, Road had received hundreds of blocks from people all over the country. Two rooms in the convention center were designated for the activity – a sewing room and a quilting room – where volunteers did their work. In the sewing room, Moore’s  donated the Baby Lock sewing machines that were used and Baby Lock donated the thread. Stitchers efficiently sewed the quilt blocks together to make the quilt tops. 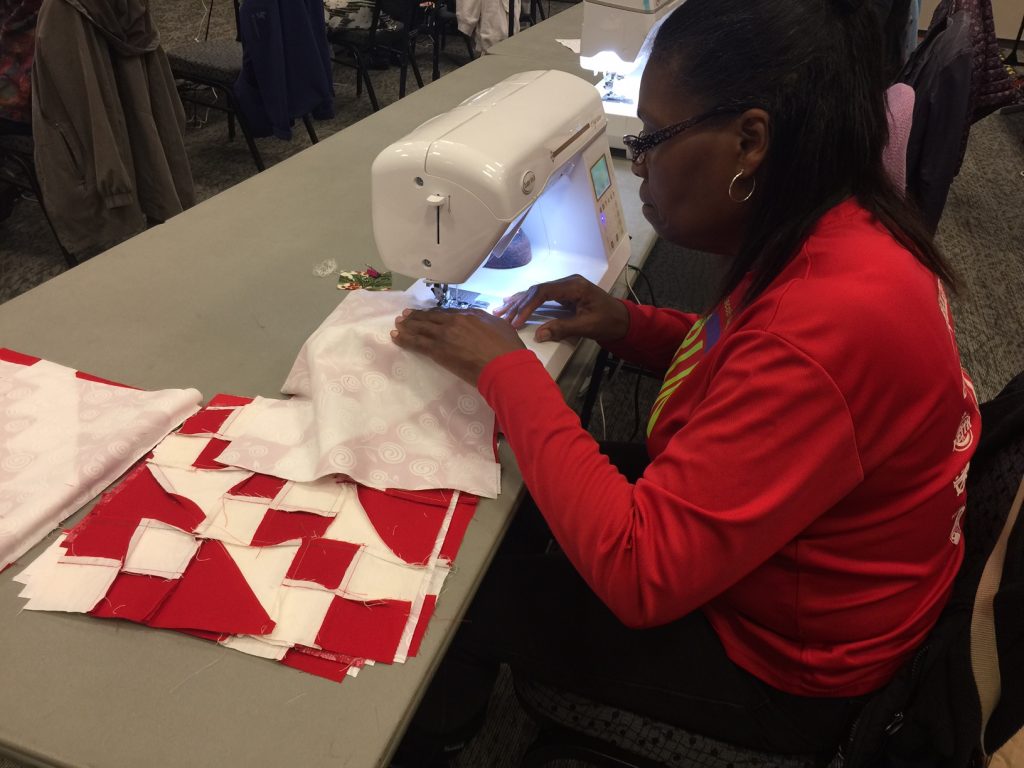 After, the tops were made, they were passed on to the quilters in the quilting room for finishing. Batting was supplied by Mountain Mist, fabric for the quilt backs was donated from various fabric vendors at the show, and the Bernina sit-down longarm machines were donated from Mel’s Sewing & Fabric Center. Some of the quilters had never used a longarm before, so it was a great opportunity not only to quilt for charity but also to experiment with high-quality Bernina machines. Even Matt tried it out. 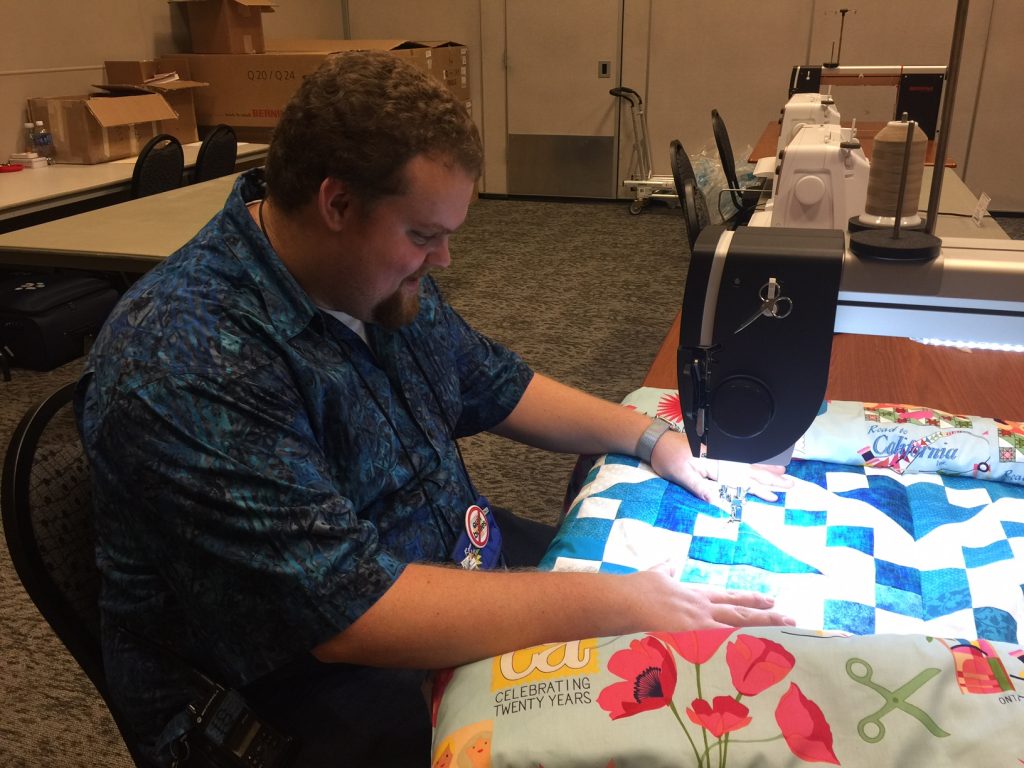 Four quilting buddies–Barbara, Lynn, Debbie, and Kathy — came ready to sew in their “cancer jammie pants.” Barbara is from Los Olivos, CA; Lynn and Debbie came from Solvang, CA; and Kathy came all the way from Utah. All women have members of their family or friends who have died from cancer or who are suffering through it currently. Together, they brought 81 blocks for the event (Kathy’s Utah friends contributed 55 of those blocks!!) Said Lynn, “Our charity quilts in our guilds make a difference where we live. We knew helping with Roadies Give Back will make a difference in Ontario too.” 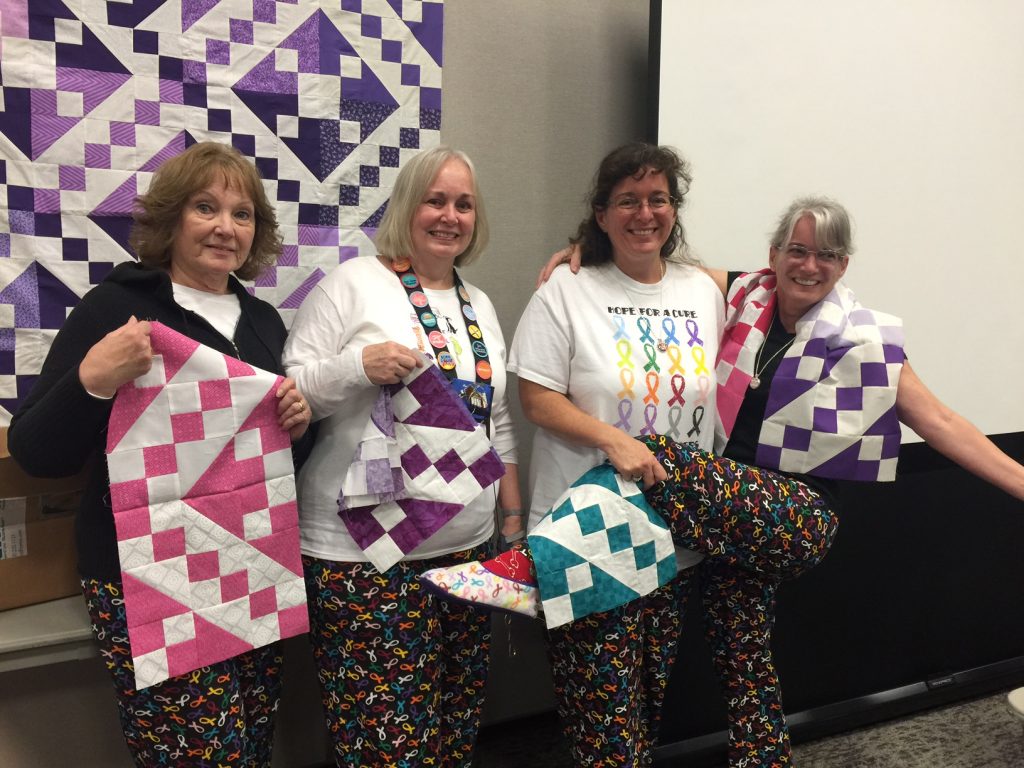 Joe, a quilter for over 20 years, came to the event as a way to support his mother who just went through breast cancer surgery last July. While he was helping his mom, he found out that his sister had the same surgery two weeks before his mom.  Joe made 15 blocks to bring to the event. 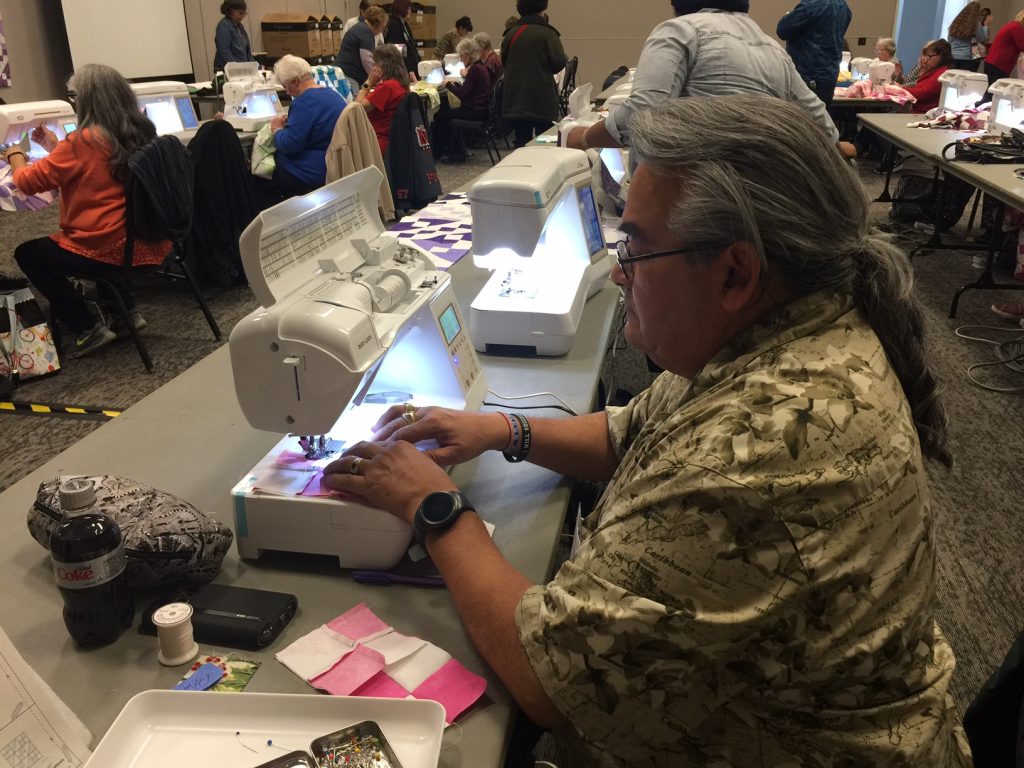 Anita Grossman Solomon stopped by to see all the blocks and watched them come together in the various quilt tops. She commented that she was “in awe that Road, on top of everything else, got it all together to present this event.” Anita was admiring the work of Carol Payne from Texas who said, “I love to sew and I especially love to sew with a group. This is better than laying in my room watching TV.” 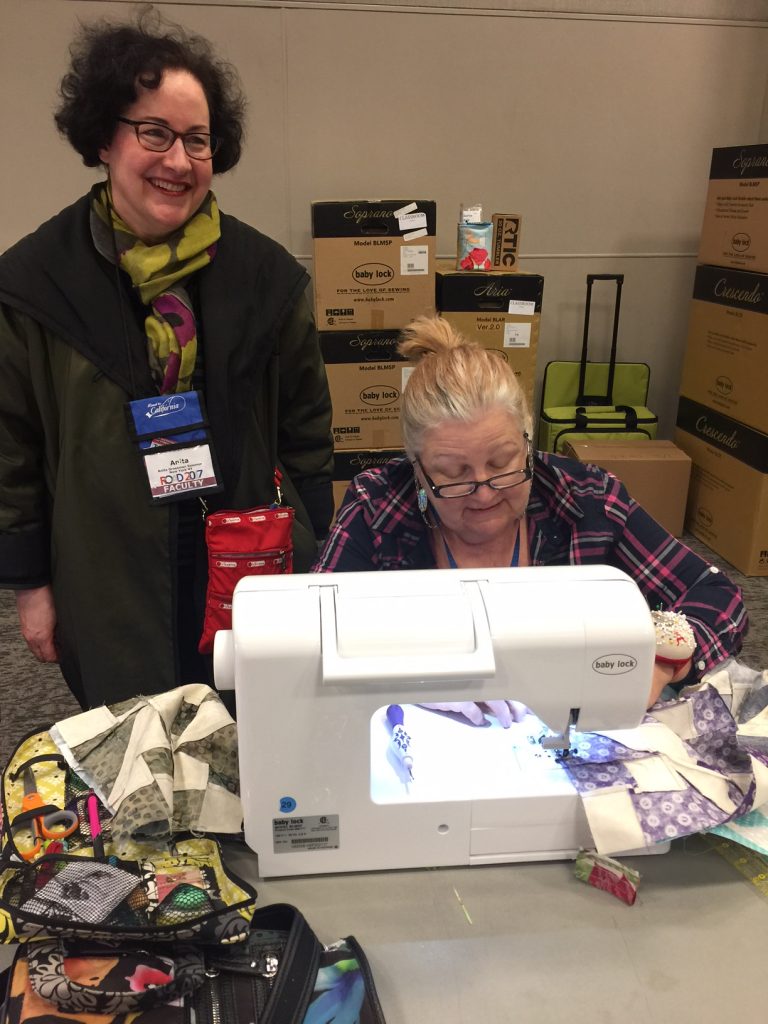 Throughout the night, Road gave away raffle tickets and had drawings to encourage the sewers. Prizes included swag bags from several of the Road vendors and tickets to Party Time at Road 2018. In the quilting room, Wonderfil Specialty Threads vendor, Joanne from Edmonton, Alberta, Canada, who is also a retired nurse, wanted to help out because she had a good friend pass away from cancer in June, 2016. About the event, Joanne said, “It is fun whenever quilters get together.” 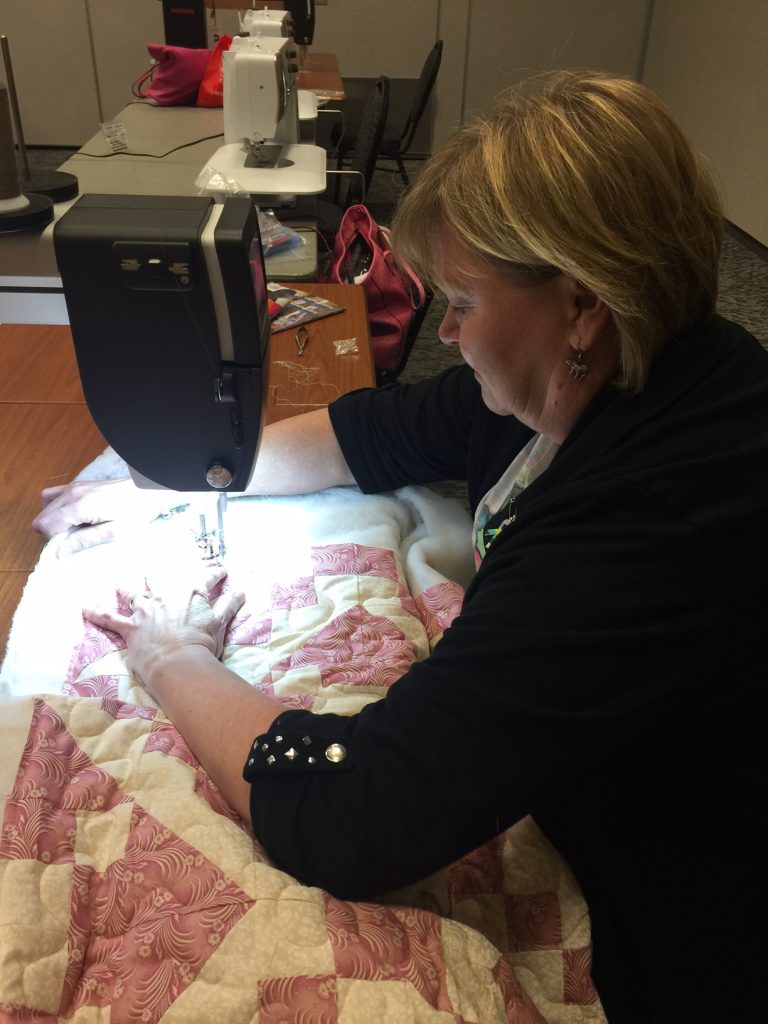 Mother and daughter, Gerry and Feliz, wanted to help out as a way to honor their husband and father who passed away from cancer. Feliz said they wanted to participate as a way to give back. Gerry brought 50 blocks that she had made before the show and commented, “This is wonderful. I would do it again.” 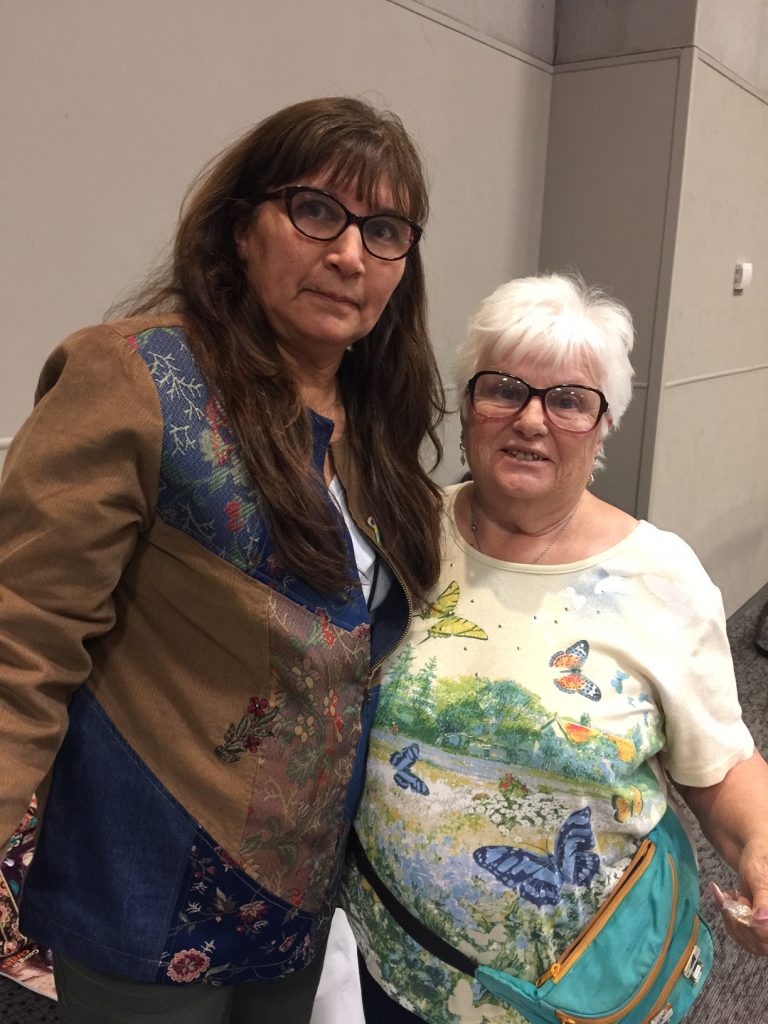 Shellee Reese, Matt’s mom and the Administration Director at the Robert and Beverly Lewis Cancer Center, said that the quilts will be given to chemotherapy patients because they “get really cold during their treatment.” After watching the volunteers hard at work, Shellee remarked, “Cancer has touched most people and the quilters are so generous. It touches my heart to see what is going on here tonight.” 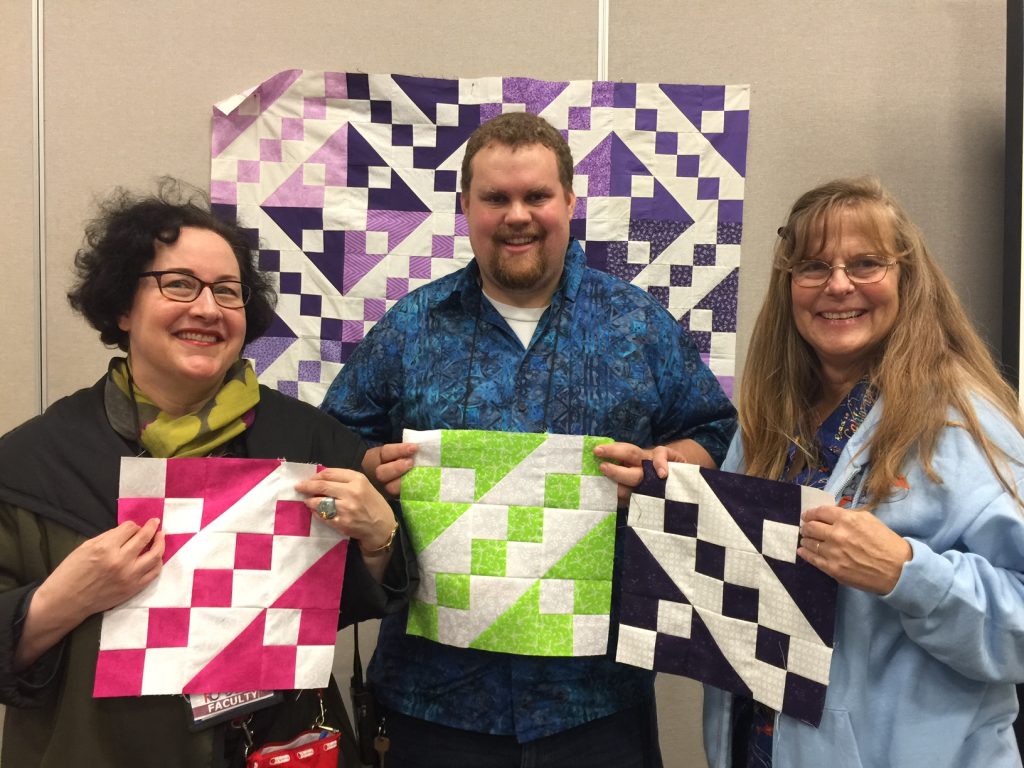 By the end of the night, many, many quilts were completed—but not all. Road to California is going to give the remaining blocks and quilt tops to local guilds to finish before the quilts are presented to the cancer center. To sum up this first ever Roadies Give Back, Matt Reese said it was definitely worth doing. “I have been amazed at how charitable the quilters were to give of their time and their resources. These quilts will give hope to the patients who receive them.”  ]]>

An Afternoon of Celebration

<![CDATA[&nbsp; For the past four years, Road to California has been supporting the<a href="https://www.pvhmc.org/#About_Cancer_Care_Center" target="_blank" rel="noopener noreferrer"> Robert and Beverly Lewis Family Cancer Care Center located at Pomona Valley Hospital by purchasing a table for their annual fund raising fashion show and luncheon at the Sheraton Fairplex. 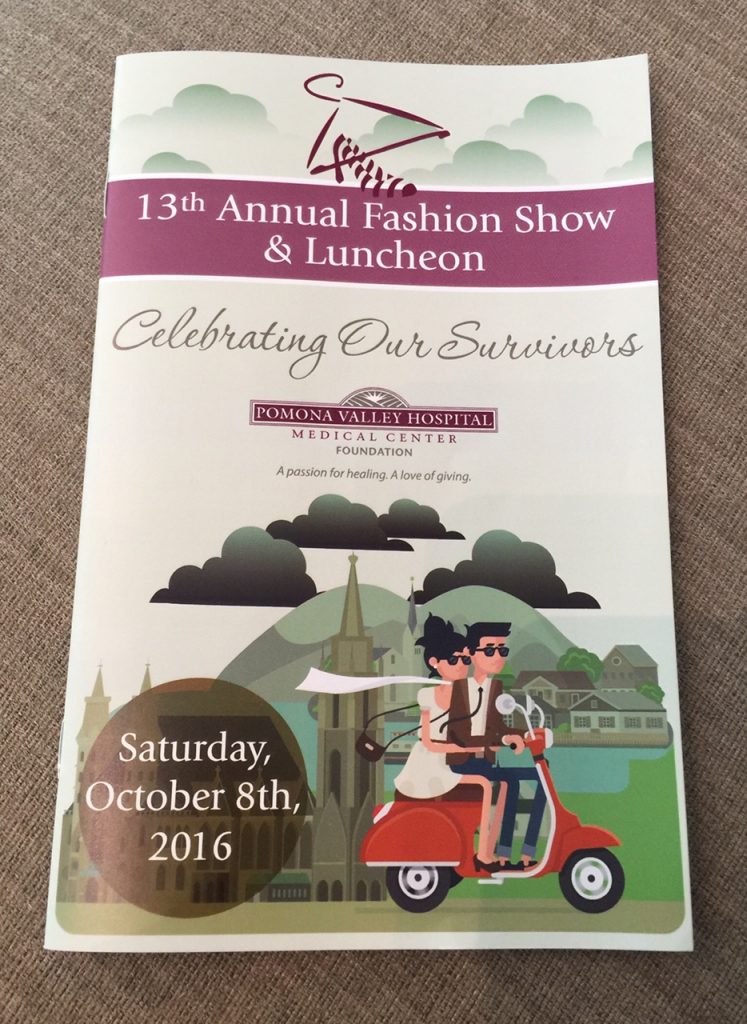 Because cancer has struck the Reese family in the past, both Matt and Carolyn Reese feel that it is an important cause to support. In addition, Matt’s mom and Carolyn’s daughter-in-law, Shellee Reese, has worked as the Administrative Director for the cancer center for the past 15 years. Carolyn’s guests included members of her extended family [caption id="attachment_4380" align="aligncenter" width="625"] 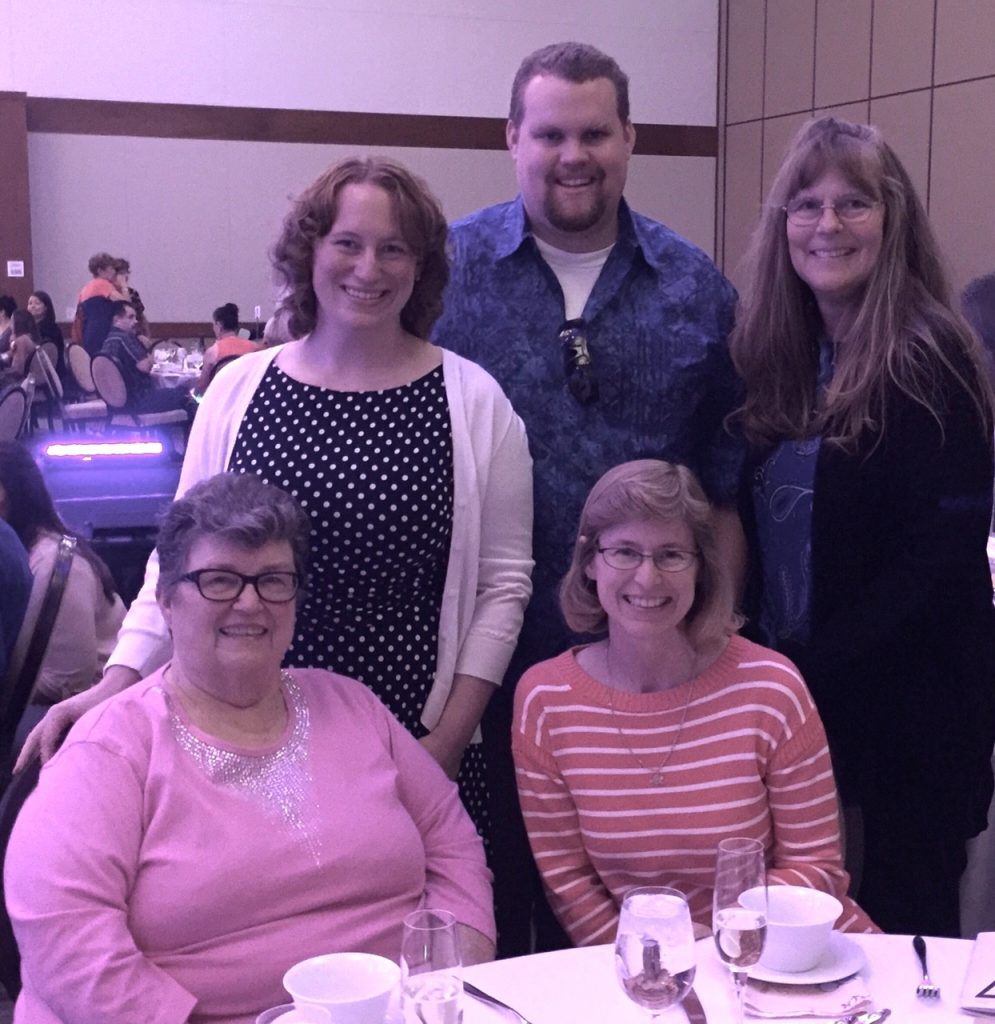 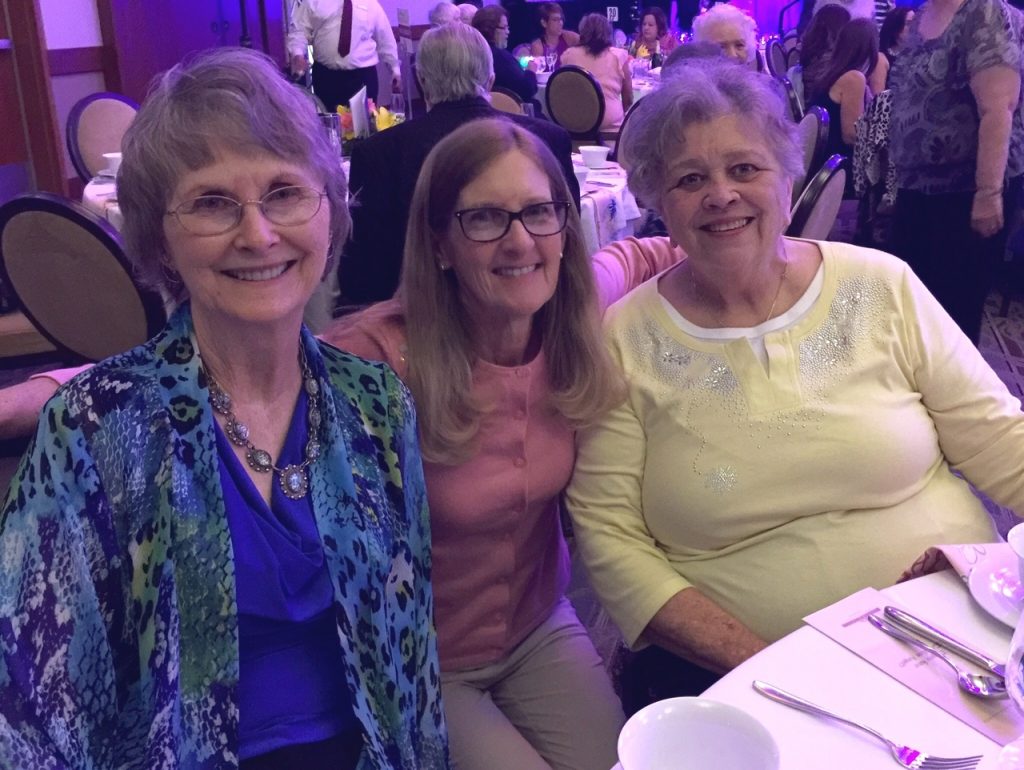 Elainne, LaVella, and Carolyn[/caption] Being at the luncheon brought back emotions for Lavella. ” It is wonderful to be with so many survivors today and to know that everyone is working for a cure.” The day included a delicious Asian theme luncheon followed by a fashion show where the models were each cancer survivors in their own right. Men and women modeled three outfits: casual, business, and formal. They were joined on the runway during the business section with the health professionals who they credited with helping them overcome their cancer. Then, for the last segment, each model chose a family member who was especially supportive during their cancer journey to walk with them down the runway. Each model’s story of courage in their trials was very inspiring for all in attendance. At the end of the event, Elainne remarked, “It encourages me to see the support of this community and know that you are not alone.” Road’s support for this important community center will continue at Road to California 2017 when they will hold their first Roadies Give Back evening of service on Saturday, January 21st beginning at 7:00 p.m.

The goal for the evening is to make and quilt as many charity quilts as possible to donate to the Robert and Beverly Lewis Cancer Center. Sewing machines will be set up in several rooms and guests can choose to participate by helping to put together quilt tops, quilting the quilts, or finishing the quilts.

The Roadies Give Back quilt block design was specially created by Road 2017 faculty member, Anita Grossman Solomon.  In order to speed things along that evening, Road is asking for the quilt blocks to be made ahead of the show and delivered to their office starting December 5th. Whether or not you plan on attending Road 17, anyone can participate by making as many quilt blocks as they would like, following the approved design. Road to California is honored to give back to the Robert and Beverly Lewis Cancer Care Center, where there is found “A passion for healing. A love of giving.” For more information regarding Roadies Give Back, please visit our website.        ]]>