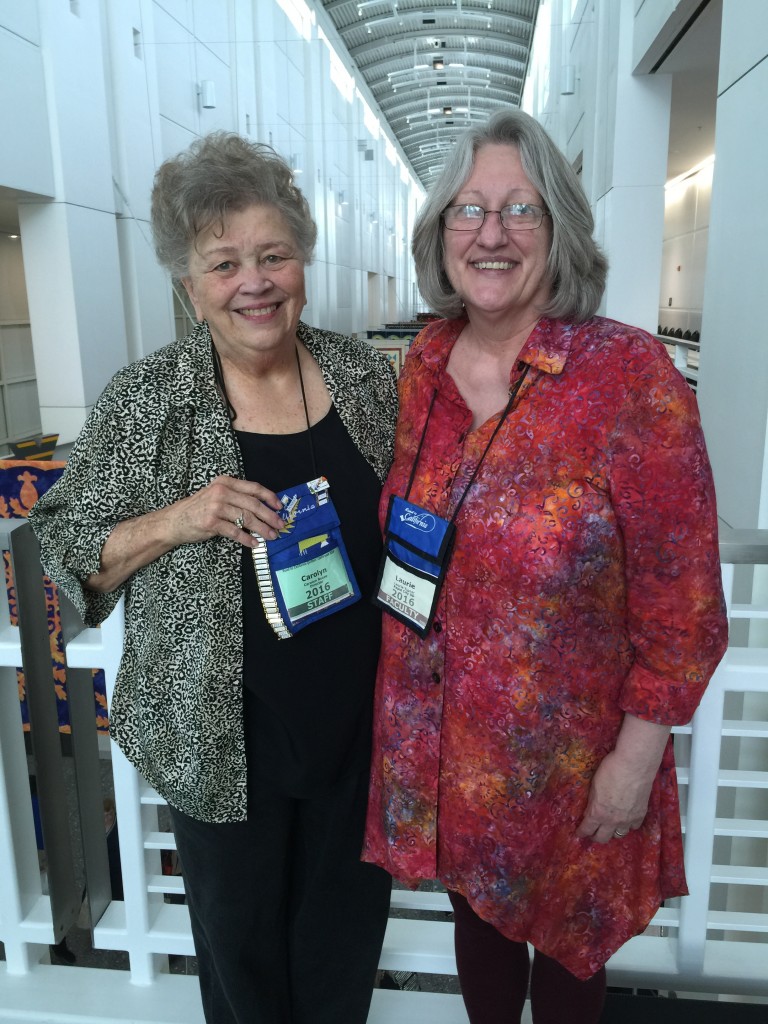 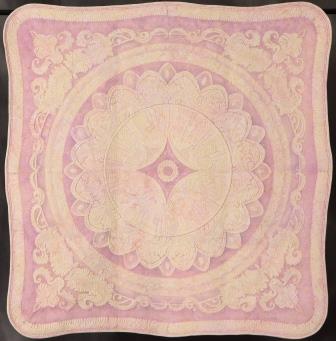 Cameo Rose made and quilted by Laurie Tigner[/caption] A whole cloth quilt, Laurie used a technique that she continues to learn about. She chose batik because when she painted over it, it gave the fabric a look of stone with shadows and provided the sculpted look of a real cameo. Laurie tried three times to get the appearance she wanted. At one point, being discouraged, she threw the quilt away. Her husband rescued it out of the trash. Laurie took the piece, squished it in a ball and threw it in a corner where it stayed for 3 months until she heard that HMQS needed another quilt for their show. She added  ”tons more color” to finish the piece and turned it in. To Laurie’s amazement, Cameo Rose ended up winning first place in the Wall Quilt category. Then it won first place at Road 2016. Laurie has promised the quilt to a friend after she shows it two more times to get back the time and money she put in to the project. Laurie won another first place honor for doing the quilting on Janet Stone’s winning entry, This One’s Four Ewe.” [caption id="attachment_4001" align="aligncenter" width="400"] 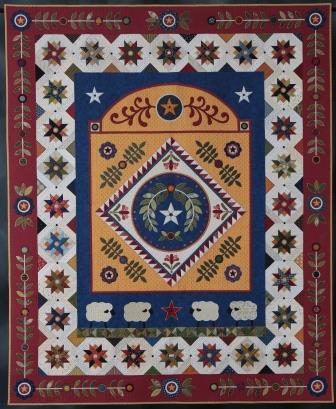 “This One’s Four Ewe” made by Janet Stone and quilted by Laurie Tigner[/caption] Janet is a close friend of Laurie’s and asked her to do the quilting. Laurie confided that she was “scared to death” to work on the quilt knowing Janet’s status as a master quilter. Laurie “lived in fear” that she would bring Janet’s reputation down. When Laurie heard the quilt had won first place for Traditional, Large, Applique, she was so relieved. “I didn’t humiliate myself.” What were Laurie’s first impressions of Road?  “Huge” and “Friendly.” She was particularly impressed with all the attention to detail. Laurie’s Road classes all focused on using her Inktense Fabric Painting technique. She said she loved her students in her classes. “They were the best.” One day, Laurie remarked how she couldn’t believe how wonderful California oranges were compared to the oranges she got back in South Dakota. Laurie was totally flabbergasted when the next day, one of her students brought Laurie a bag of oranges from her tree!! “I didn’t expect that.” To learn more about Laurie, please visit her web page.  ]]>

This entry was posted on Wednesday, April 27th, 2016 at 2:34 pm and is filed under Road 2016, Winning Quilts. You can follow any responses to this entry through the RSS 2.0 feed. You can leave a response, or trackback from your own site.