Bohin France, you cover it with a gigantic handmade quilt of course!!! 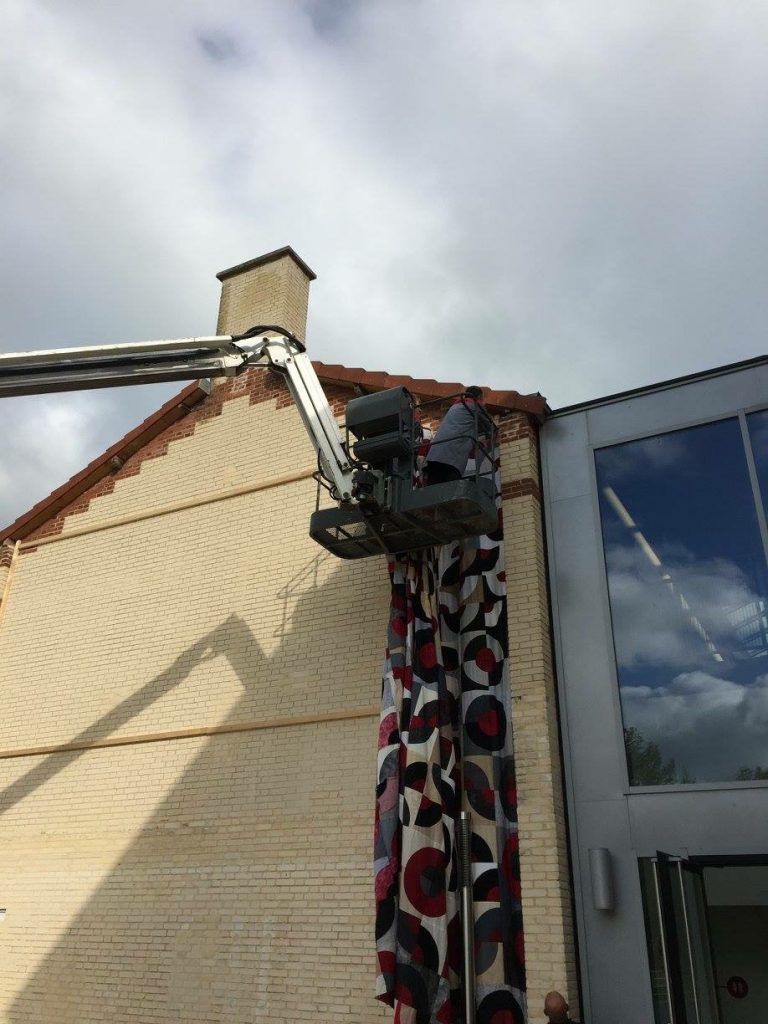 Bohin, France’s last needle maker, has been a popular vendor at Road to California the past few years. President Didier Vrac and Marketing Manager, Jerome Doussard, have become familiar faces to Road’s guests who never tire asking these two gentlemen questions about their needles and scissors, just to hear their French accents. At the Bohin Factory in Normandy, France, they recently opened a beautiful museum. While the museum is “amazing,” the entrance outside was just a “very big white wall,” noted Catherine Bonte, president of the French quilt guild, Association French Patchwork, an organization with over 12,000 members!! Catherine was very close to the museum project for several years and let it be known that she was not very fond of the huge blank entrance. So, Didier told Catherine to do something to improve it. 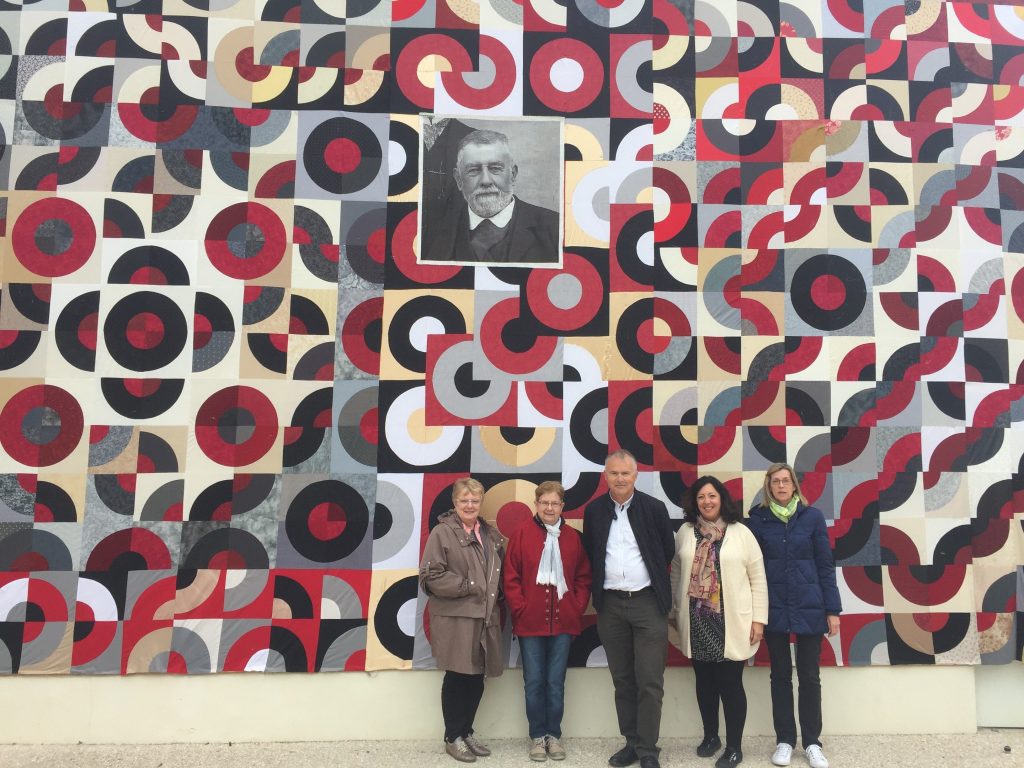 Catherine invited all the members of France Patchwork to work on a “nice block with curves,” using the colors of their guild’s logo—white, black and beige — and the color red for Bohin. At the guild’s office in Paris, near the Eifeel Tower, more than 3,500 blocks were sent in!! A team from the guild assembled the blocks to cover the wall. In fact, they could have covered 6 walls with all the blocks they received!! 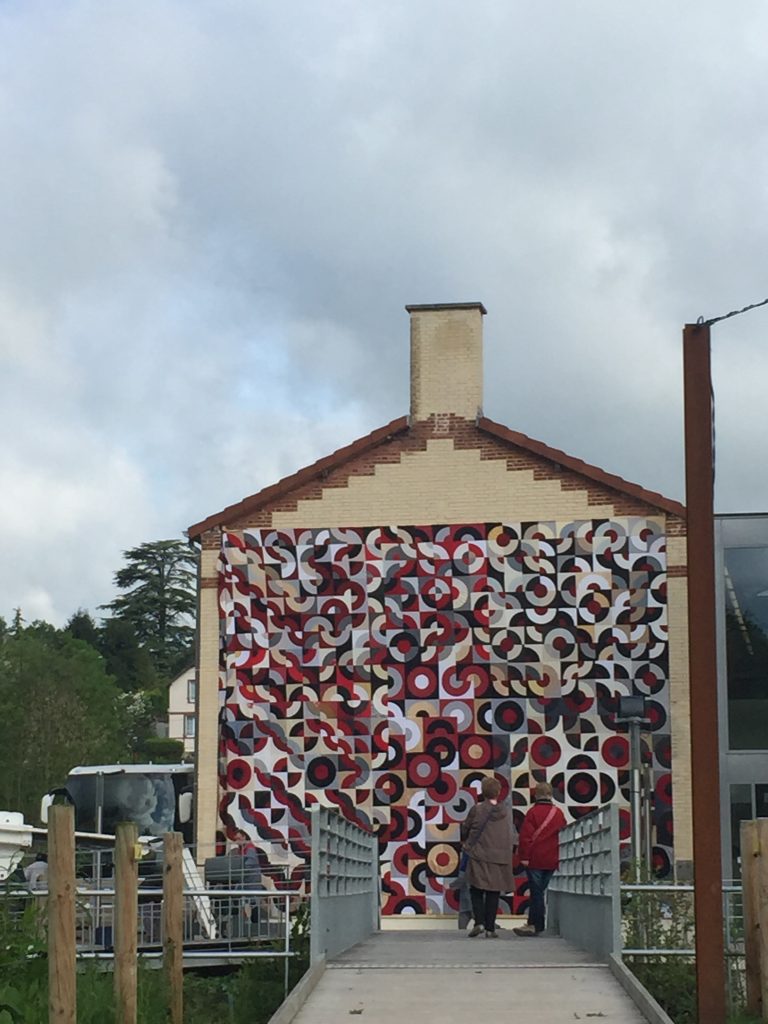 In addition to the quilt blocks, the group also  pieced together a portrait of Benjamin Bohin and put it in the center of the giant quilt. Benjamin is the founder of the Bohin factory and they wanted to honor him that way. “Le Projet Fou” was turned over to Didier Vrac on May 21, 2016 and work began immediately to get the quilt up on the wall. People have come from all over France to see it. 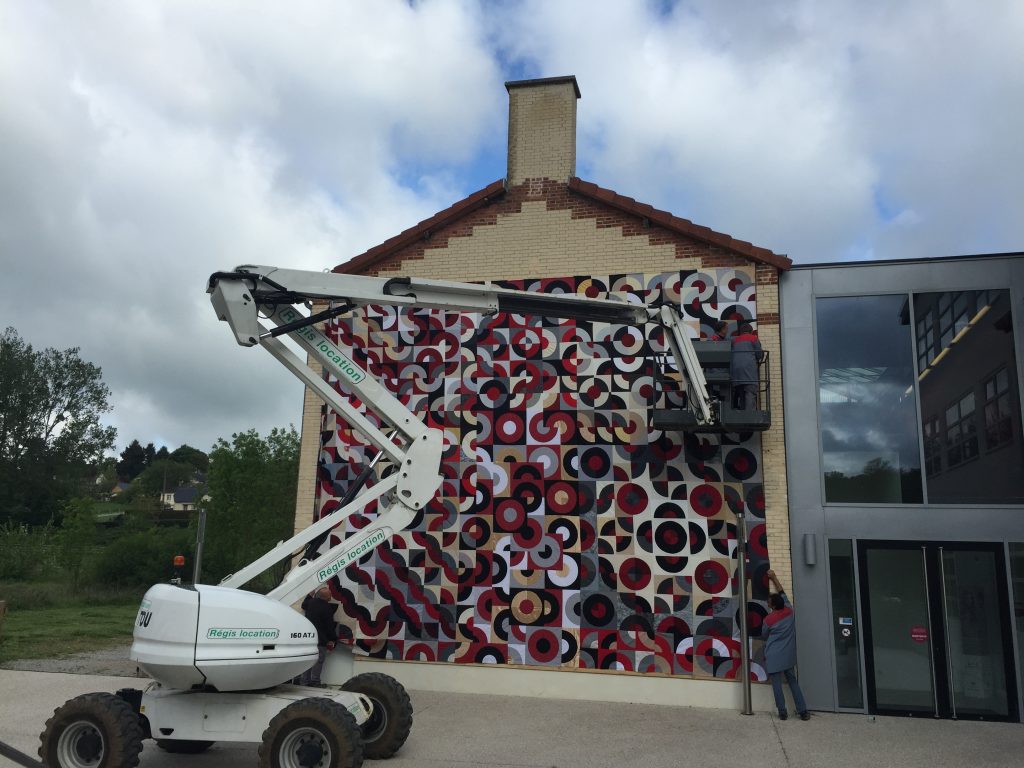 Catherine and her guild know that the giant quilt will not be there on the factory wall forever. But for the time being, all of the visitors to the museum have “completely” fallen in love with it. 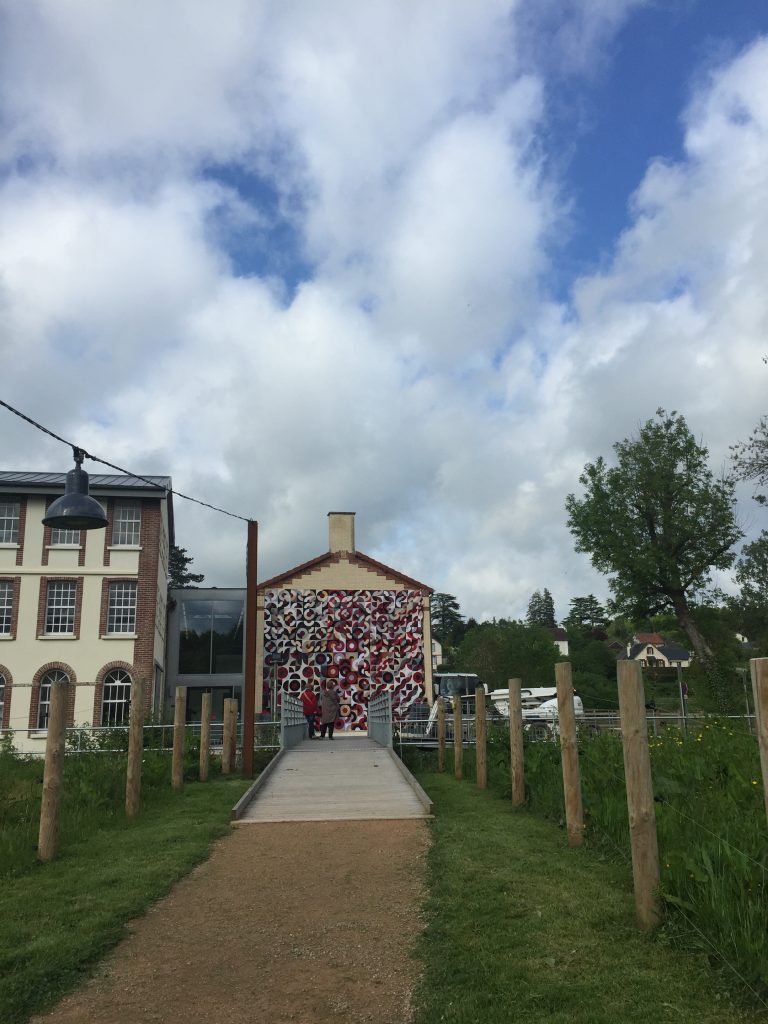 This entry was posted on Tuesday, August 23rd, 2016 at 1:10 pm and is filed under Vendors. You can follow any responses to this entry through the RSS 2.0 feed. You can leave a response, or trackback from your own site.