Road to California prides itself as being the quilt show for every quilter.

When it comes to Modern Quilting, Road 2016 has it covered:

Road to California 2016 is proud to host the special exhibit, The Best of Quilt Con 2015. Presented by the Modern Quilt Guild, 20 inspiring quilts showcasing the work of some amazing modern quilters will be on display.

What kinds of quilts can you expect to see in this exhibit? Quilts that are primarily functional and inspired by modern design. These include, but are not limited to: the use of bold colors and prints, high contrast and graphic areas of solid color, improvisational piecing, minimalism, expansive negative space, and alternate grid work. “Modern traditionalism” or the updating of classic quilt designs is also often seen in modern quilting.

The Modern Quilt Guild was developed out of the thriving online community of modern quilters and their desire to start meeting in person. The founding guild was formed in Los Angeles in October of 2009. Through blogs and the Internet, word spread quickly of the fun they were having and soon guilds started popping up everywhere. Today there are over 125 guilds around the world with members on six continents. [caption id="attachment_3419" align="aligncenter" width="352"] 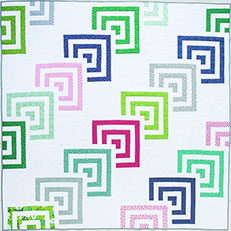 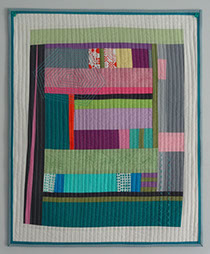 4013C Happy Scrappy Improv Quilts Class with Catherine Redford[/caption] Whether you want to simply admire or you want to create your own modern quilts, there’s lots to see and do with modern quilting at Road 2016.]]>

This entry was posted on Monday, August 24th, 2015 at 8:54 pm and is filed under Road 2016. You can follow any responses to this entry through the RSS 2.0 feed. You can leave a response, or trackback from your own site.