Sandy and Joe Fitzpatrick, owners of Hissyfitz Designs of North Carolina, says what sets them apart is that their unique applique designs are “so happy,” “whimsical,” and easy to do.

The first question many customers ask Sandy and Joe is, “How did you come up with your company name?”  Sandy shares that she grew up the youngest of five girls and had a lot of “hissy fits” growing up. Combine that with their last name, and that is how HIssyfitz was born. A quilter for over 20 years, when Sandy began creating her own quilt applique designs, they were quickly noticed – and requested – by members of her quilt guild. Her patterns became so popular that she began selling them at quilt shows. Sandy says that her goal today “is to get as many of the quirky designs, that are spinning around in her head, down on paper” to as many people as possible to enjoy. The Fitzpatrick’s have been married 41 years. A former Air Force soldier, Joe became the CEO (Carry Everything Out) of Hissyfitz when Sandy began selling her patterns at quilt shows. 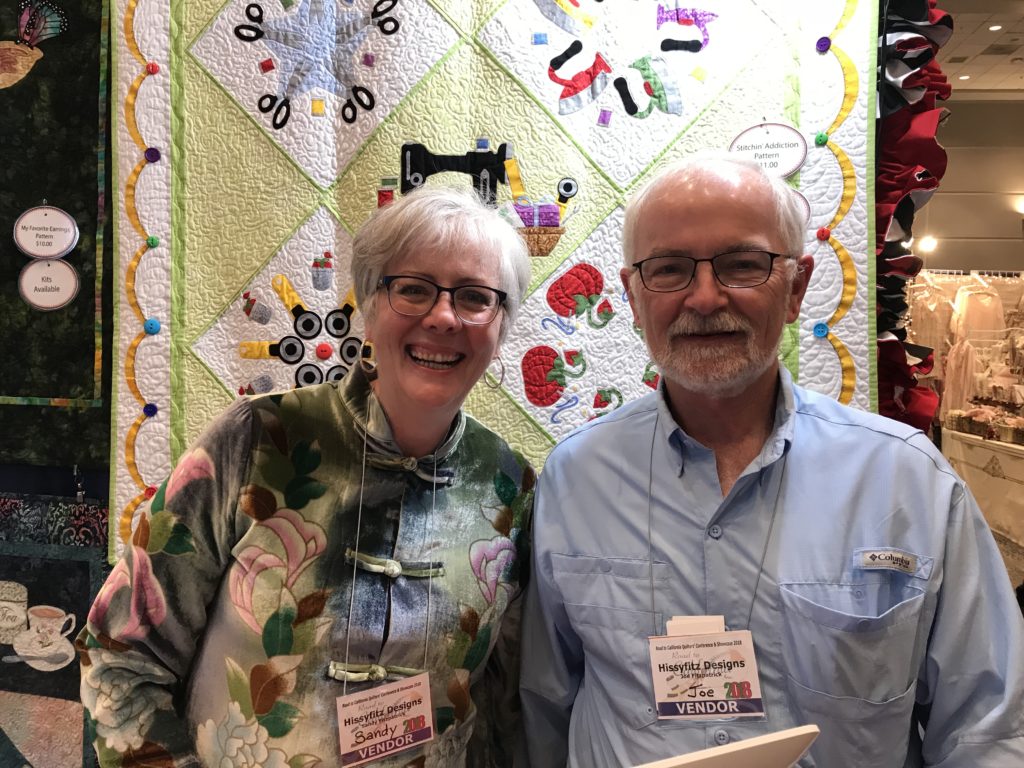 Road to California 2018 was Hissyfitz’s first time at the show. It was also the first time they had ever flown to a quilt show. Because they didn’t want them out of their sight, Sandy and Joe hand carried all of the quilts on display in their booth on the airplane. The quilts took up space in two carry-on luggage pieces and two back packs. The rest of their booth items (the business stuff) was packed in to four checked bags. 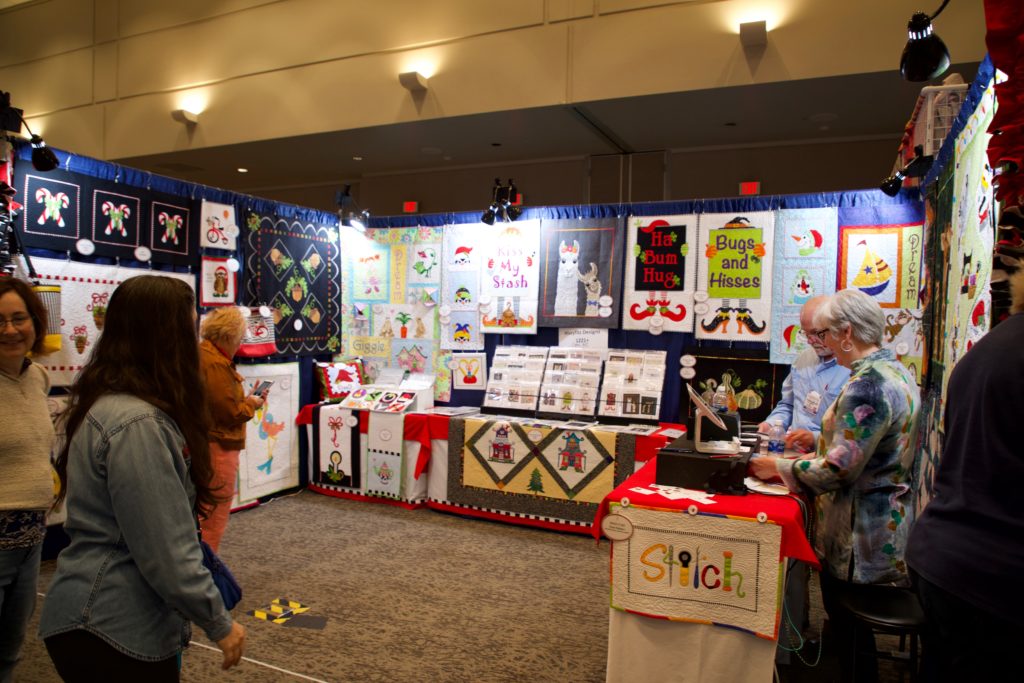 Both Sandy and Joe had a terrific time at Road 2018. “The sunshine was great, the crowds were good, and the people were friendly.”  One of their customers, Mackenna, remarked how because Hissyfitz had previously only been on the East Coast, she liked being introduced to their cute quilt applique patterns at Road. 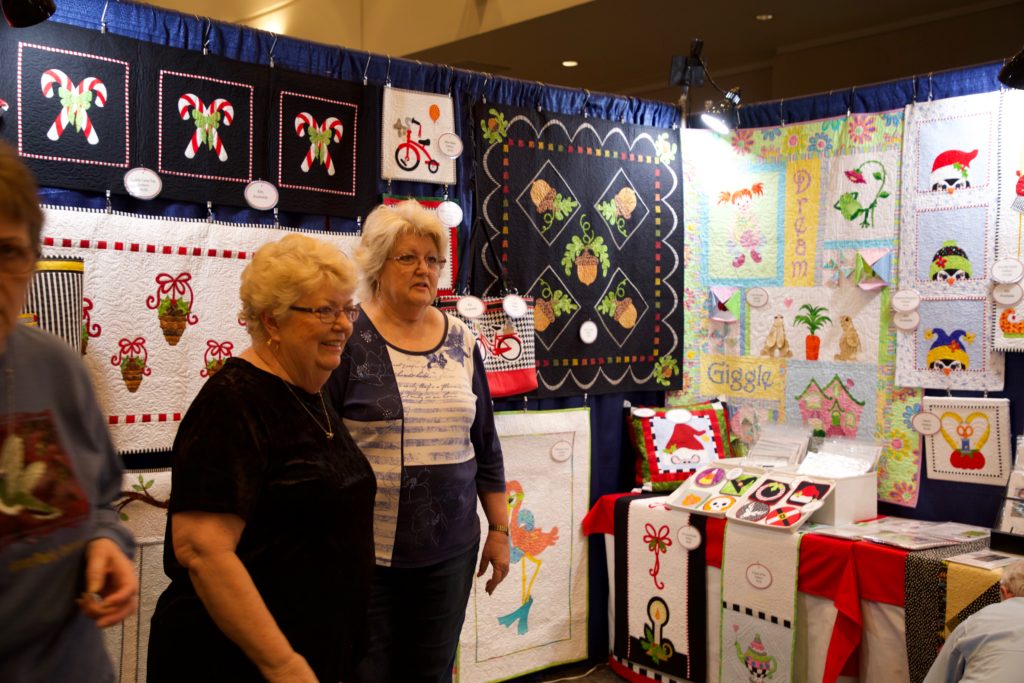 Road 2019 attendees will not only have the chance to visit the show’s “happiest booth “again but can look forward to taking a class from Sandy too. Her class schedule will be announced – along with all the other Road 2019 quilt show teachers – in mid-June, 2018.  ]]>

This entry was posted on Thursday, June 7th, 2018 at 11:15 am and is filed under classes, Faculty, Road to California, Vendors. You can follow any responses to this entry through the RSS 2.0 feed. You can leave a response, or trackback from your own site.