Did You Know? Seven Fun Facts About Needles And Pins

Didier Vrac, President of Bohin France, gave a lecture on the history of needles and pins during Road 2014. Part of Road’s new $5.00 Lecture Series offering informative sessions in a classroom setting, Mr. Vrac spoke to a room full of interested guests, giving them fun facts of these sewing essentials. Here are some of interesting tidbits he shared:

What were the first needles and pins made of? Bones and ivory.

Which country first used steel in making pins and needles? China. From there, steel was used in Arabia, then Europe.

When were pins used for more than just sewing? In the 1500’s, ornate pins were given to women as gifts.

What great world event did pin manufacturing play a large role in? The Industrial Revolution as well as the unionization of factory workers.

What are some of the specialty needles designed for? Leather working, quilting, embroidery, and clothing manufacturing.

Where does Bohin France get the glass for their pin heads? Murano (Venezia), Italy

What makes Bohin needles and pins different from other brands regarding shape and sharpness? Bohin’s fine pins are made from piano chord wire which is known for retaining its shape when it is flinged. The lasting sharpness of Bohin’s pins and needles is due to their being polished individually on antique machines.

Who knew there was so much to learn about needles and pins!!!

Road to California has a great relationship with Bohin France, manufacturer of fine needles and pins, sewing notions, and office supplies for over 180 years. Since 2012, Bohin executives have come to Road, sponsoring a vendor booth and meeting with guests.

In addition to sharing their tradition of unique products, this year Bohin was also delighted to introduce Road patrons to an exciting venture they were launching: the opening of their factory museum in March, 2014 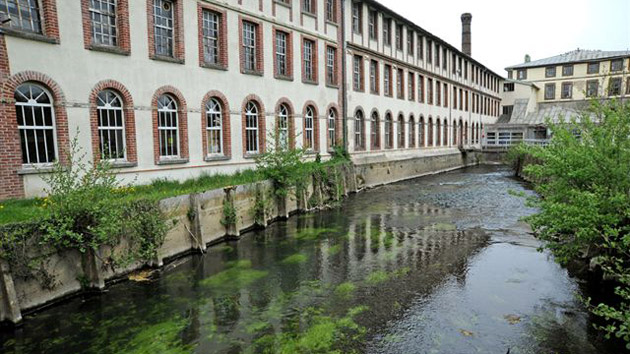 Built in the beginning of the 19th century, and located on the Risle River near the town of  L’Aigle in Normandy, France, the original factory has been preserved by continuous use, maintaining its original character and architecture. The facility has earned recognition as a registered Historic Place by the French National Registry.

Why open a museum? Said Mr. Didier Vrac, President of Bohin, “Bohin’s history is special because it still utilizes machinery and techniques developed in the 19th century. We knew visitors would find it interesting to learn about the innovations Bohin has perfected and how those innovations have led to developing quality products.”

Visitors to the museum receive a tour of the working factory through the eyes of its founder, Benjamin Bohin as well as see exhibits on how it manufacturers pins and needles, their history and uses. 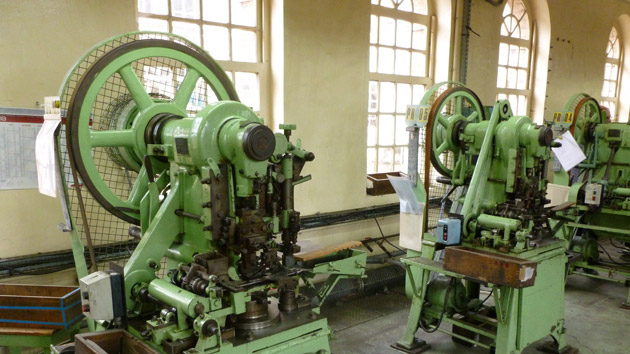