Road to California believes in giving back to the community.

Carolyn Reese, Matt Reese, and the entire Road to California has a long tradition of helping those in need. 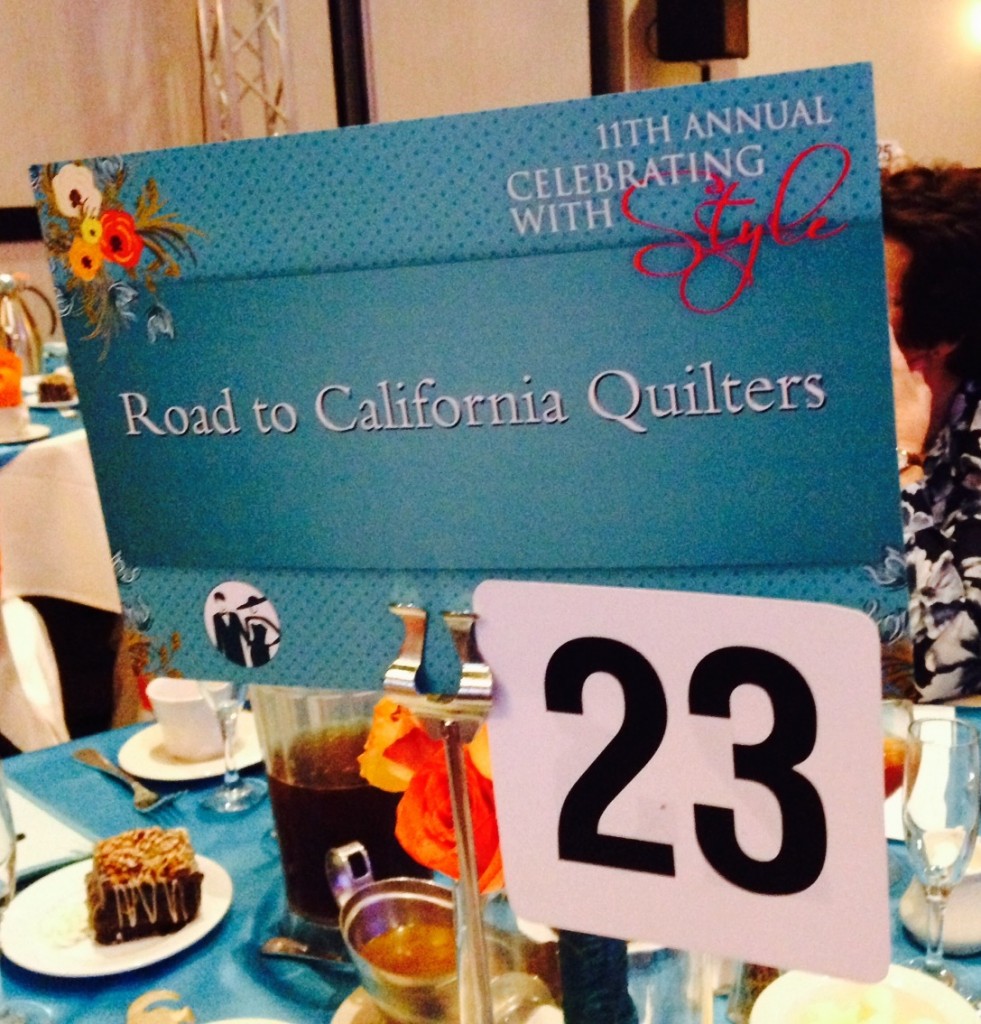 and Quilted in Honor, a charity benefiting veterans and their families. 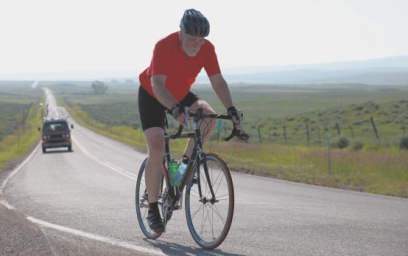 or the granddaughter of our friend, Kathleen of Starr Design Fabrics, who is suffering from Cystinosis. 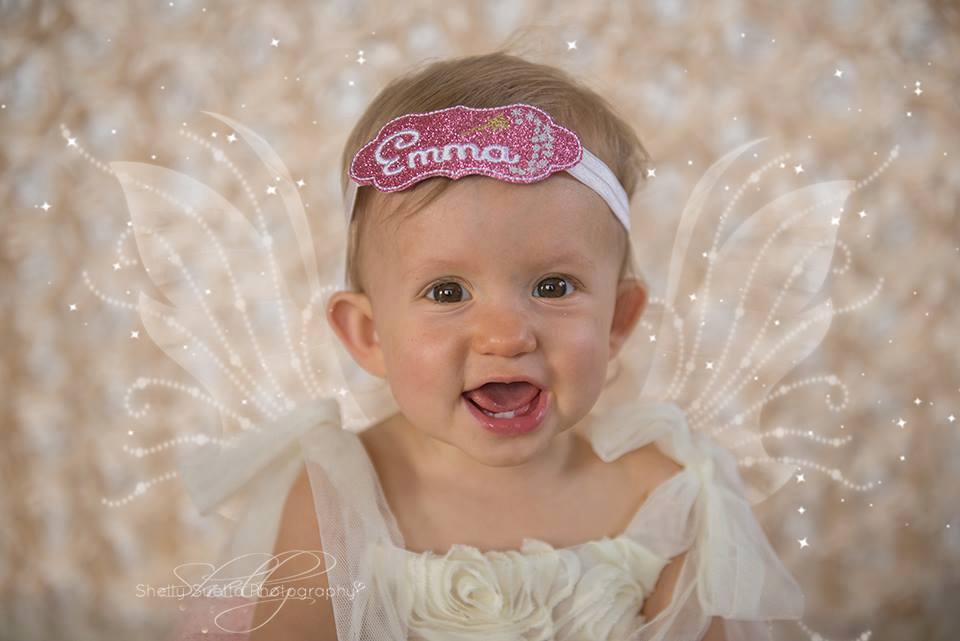 For Road 2016, this giving spirit is being extended to allow youth and older citizens the chance to personally experience this outstanding quilt show.

Carolyn has enlisted the help of her friends and fellow quilters, Bonnie Rangel and Rene Hicks, to organize free docent tours of Road to California 2016 for youth groups and senior citizen retirement homes. These tours will include seeing and learning about the winning quilts up close, meeting with award winning quilters, and learning about quilting tools from established vendors. Rene said that she is happy to be a part of arranging this community outreach because she “enjoys seeing the joy on the guest’s faces when they experience for the first time quilts coming to life for them at Road to California.” Last year, Innovative Horizons Charter School, accepted the invitation to attend one of these tours. They met with Eleanor Burns (whom they already knew about and were big fans of her) and the Egyptian Quilters as well as have special access to exhibits and using quilt tools. 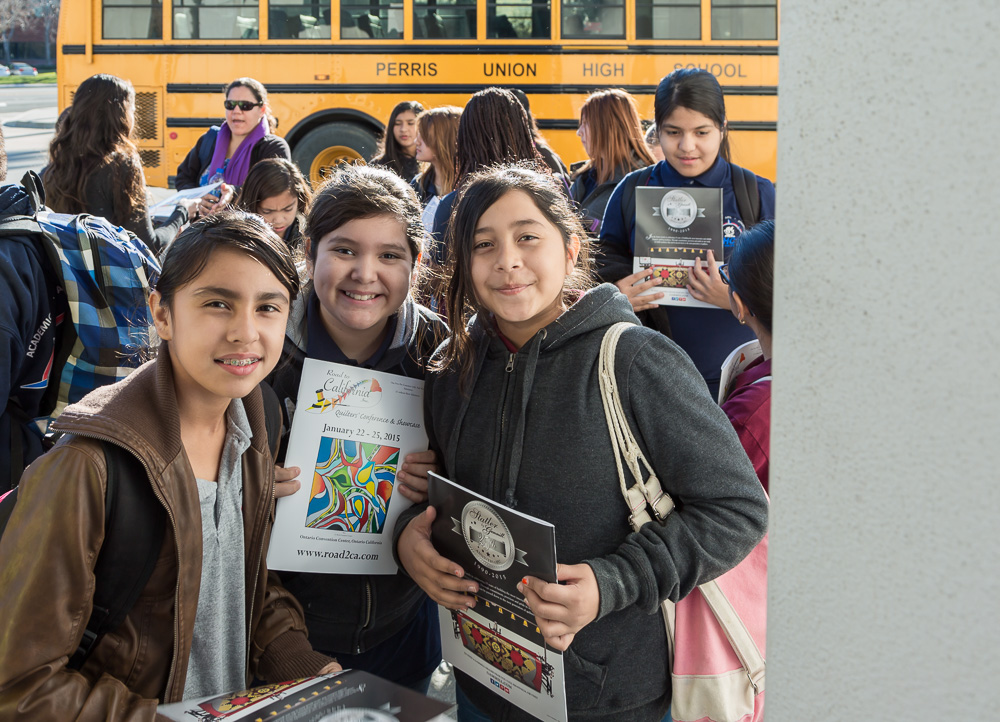 What is the motivation for Road to extend this community outreach?  Sharing Inspiration.  Carolyn Reese remarked, “It’s important to let the younger experience the different aspects of quilting and learn that it’s much more than making blankets.”  And for the retirement home residents, “It gives our respected, older generation  a chance to leave their regular routine and see how the quilting industry has evolved from what they might have been familiar with.” To extend the opportunity for this community outreach, we need your help. If you know of youth groups (schools, 4H, Girl Scouts, Boy Scouts, Campfire, etc.) or retirement homes that are local to Ontario, California and that you feel would benefit from participating , please contact Bonnie Rangel at bonnie.rangel@yahoo.com to arrange for a tour. Sharing the love of quilting is a wonderful way to outreach to the community, don’t you agree?    ]]>

A Field Trip Of Dreams

Do you remember your elementary school field trips?

You probably went to a museum or to an art exhibit; the zoo or the fire station. Maybe you even went to a theatrical performance. For 5th and 6th grade students in the Quilt Club at Innovative Horizons Charter School, their field trip was to attend Road to California!! 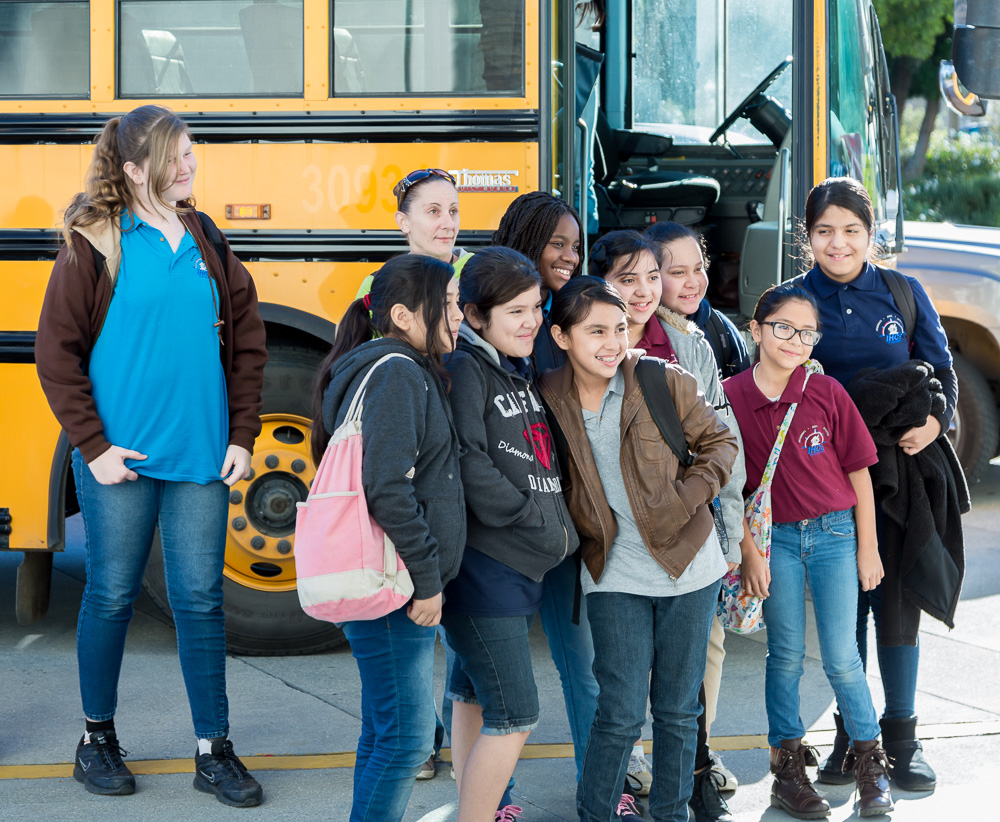 A low, socio-economic school located in the low, socio-economic Perris Elementary School District, Innovative Horizons Charter School’s  Quilt Club is in its second year under the direction of teacher (and quilter) Abbie Van Buskirk. The original intent of the club said Ms. Buskirk was to enable students to “learn to sew something for themselves and to sew something for them to give away.” 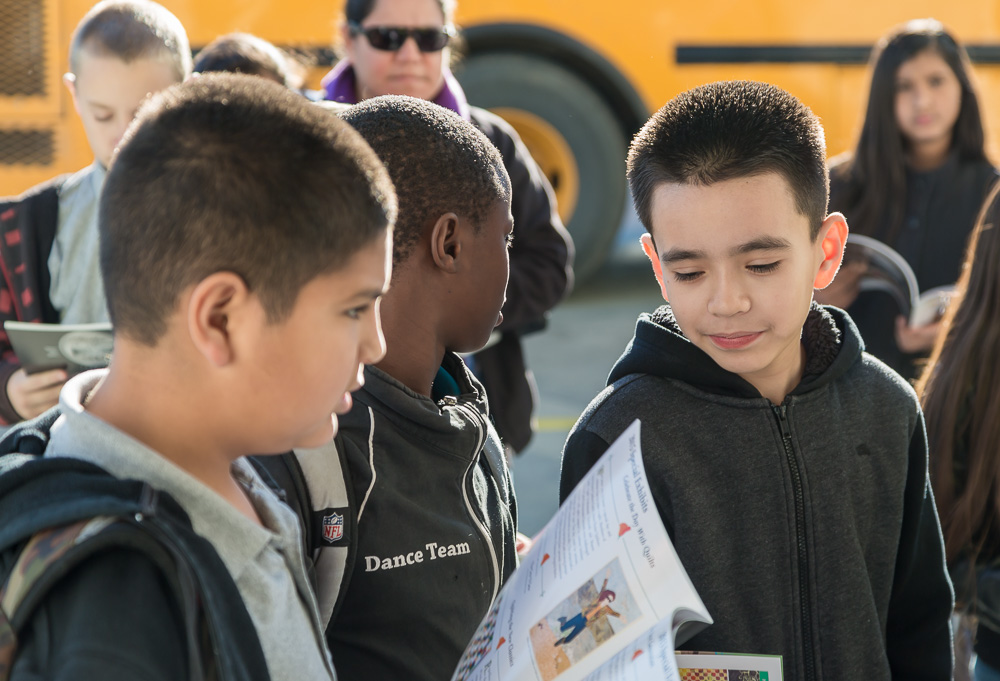 The club meets on Tuesdays and Wednesdays for 1-1/2 hours.  It has access to 8 Brother sewing machines which were donated to the school along with cutting boards and cutting tools. Students cut out their own projects using fabric donated by Ms. Van Buskirk and other faculty at the school. Christine Tober, a mom of one of the club members and a volunteer with the Quilt Club, said of the program, “My son has been in the Quilt Club for 2 years and has become an advanced quilter. I love the opportunity the club gives the kids not only to learn how to quilt, but for them to socialize, use their math skills, and participate in something.”

Ms. Buskirk approached her school district and Road to California to attend the show. The district provided the buses from its art funding.  After a one hour bus ride, the students were greeted at the show by Road’s owner, Carolyn Reese, and well known quilter Eleanor Burns. Many of the students were familiar with Eleanor’s Quilt in a Day and so they treated her like a celebrity!!

And Eleanor was just as excited to see them. “I started sewing when I was young so I know firsthand the benefits of how sewing will keep you healthy and give you something to look forward to each day. I hope these children will keep sewing the rest of their life.”

The students were divided in to three groups and given a three hour tour of the show. Each group took turns learning about long arm quilting machines and cutting tools; visited the Celebrating 150 Years of California State Parks special exhibit and met with the Egyptian quilters at their special exhibit. They were thrilled with the special treatment they received and were inspired but what they saw.

Carolyn Reese enjoyed hosting the students.  “It’s important to let the younger generation experience the different aspects of quilting and learn that it’s much more than making blankets.”

For the Quilt Club of Innovative Horizons Charter School, going to Road to California was the field trip of their dreams!!